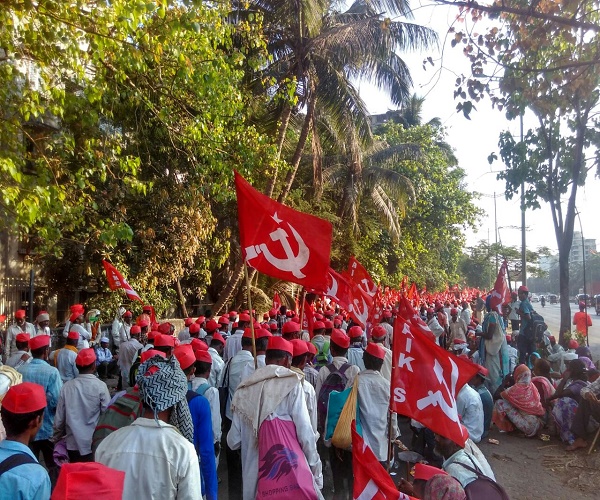 The Devendra Fadnavis government’s poor budgeting has meant that the sectors like health and education have seen drastic cuts.

For four years now, Maharashtra’s Bharatiya Janata Party (BJP)-led government has been calling its budgets ‘farmer-centric’. In 2016-17, it went as far as dedicating the year to the farmer.

This time’s budget, presented on Friday, was no different. However, in stark contrast to its proclamation was the sight of thousands of farmers braving the heat and marching steadily towards Mumbai. The anger in them was palpable; they said they had been ‘betrayed’, the promises to them unkept – be it the comprehensive loan waiver that isn’t or the increase in farmer incomes.

The budget and this reality are symbolic of all that has gone wrong with the Devendra Fadnavis government. The government was elected on a plank of assurances of governance, ensuring a more just policy regime for farmers and reining in the state’s failing fiscal health. But, four years on, it seems to be floundering on all those fronts.

The Maharashtra government now finds itself in a dire fiscal situation. Its mounting debt is larger than ever before, slated to reach Rs 4.61 lakh crore by the end of the next fiscal year. When it took over from the Congress-Nationalist Congress Party (NCP) government in 2014, the debt was Rs 2.94 lakh crore.

So far, the government has been insisting that the debt is 16.6% of the state’s gross domestic product, well within the limits of 22.2% that the 14th Financial Commission has set. However, the budget book spells out just how clearly it is constricting government spending. In its latest budget, it has earmarked just 9.9% of its total spending for capital spending for new developmental works; media reports even quoted state finance minister Sudhir Mungantiwar admitting that this amount could not be increased any further because of the burgeoning bills the state has to pay.

The government’s spending priorities are flawed and there can be no better way to illustrate this than to underline the dwindling support for some of its key social sector schemes, even as it embarks on headline-grabbing mega-infrastructure projects. The Maharashtra government’s poor budgeting has meant that the sectors like health and education have seen drastic cuts.

The National Health Mission (NHM), a joint Centre-state scheme to ensure universal access to healthcare that is effective and affordable, has suffered immensely. Last year, the NHM had been allocated Rs 1,760 crore in the budget. This year, the provision has been slashed to 964 crores, a 45% cut which would affect thousands of patients in need of medical attention.

The Mahatma Phule Jana Arogya Yojana, a health insurance scheme to ensure that the poor get free medical care, has also suffered. Last year’s budget allocated Rs 1,316 crore, while this year, the Maharashtra government has decided to cut it to Rs 576 crore, less than half of its original allocation.

Various state agencies have been told to raise funds on their own for their mega infrastructure projects that are in progress. The state has no money to spare.

While burgeoning debt is surely a concern, many believe that debt, by itself, is not bad if the utilisation is effective. Has the government been able to manage its debt well? Certainly not, if many long-time observers of the state’s fiscal measures are to be believed.

“The debt is not the problem. Governments have to function on debt. The problem is, where is the debt going and why it is accumulating,” says Ravi Duggal, the country coordinator for the International Budget Partnership, a global organisation which promotes transparent budgeting practices.

Duggal says that the government’s fiscal management has been tardy. “Often, we see that it raises fresh demands for additional funds for departments as late as a month or two before the budget lapses. Things like this show very poor planning and add to the poor fiscal management,” he adds.

On the other hand, the same Fadnavis government has launched a spending spree on memorials and on and media management.

It is willing to spend over Rs 2,500 crore on building a grand memorial for Maratha King Chhatrapati Shivaji in the Arabian Sea, off the coast of Mumbai. The government has now allocated Rs 300 crore in this year’s budget, after having appointed Larsen & Toubro to build the memorial, earlier this year.

It has also found the money to appoint 30 new public relations officers, despite having a full-fledged department whose only job is to handle government publicity.

The government’s poor management of its money has meant that much of its budget allocations don’t even end up getting spent. Fresh figures from the government show that it has managed to utilise only 44% of the total budget, with 20 days to go before the funds lapse. In 2016-17, this figure was 62% by the end of the fiscal year.

For instance, the housing department, tasked to create affordable homes, improve the living conditions in slums, has spent only 4.6% of its budget so far. The food and civil supplies department, a crucial department in-charge of ensuring the public distribution system runs efficiently, has spent only 13%.

ALSO READ:  ‍‍‍‍‍Let Your 'Farm' Work From 'Home' In This Pandemic

The government’s expenditure in the social sector, especially, has been dipping constantly, leading many to believe that the government might have initiated austerity measures by targeting sectors like health and education. Austerity measures are, by definition, measures taken by states to cut public spending to reduce its fiscal deficits.

“We have noticed how, especially in the last three years, this government has either reduced its spending on health, nutrition and education or kept it stagnant. Instead, it has brought in privatisation and is willing to hand over its money to private companies, to carry out crucial services in these sectors,” says Dr Abhay Shukla, a member of the Jaganyacha Hakkache Andolan (Movement for the Right to Live), a Maharashtra-based collective which brings various subject experts together on issues of public interest.

One example of the government’s preference for the private, instead of the public, is the curious case of its decision to shut down over 4,000 schools in the state in last December because of ‘low attendance’. Days after, the government brought in a new Bill allowing private companies to open new schools, as against the current rules which only allow trusts and registered societies to do so.

Four years ago, when he took office, Fadnavis, when facing teething troubles, kept pointing to the ‘mess’ that he had inherited, indicating the previous Congress-Nationalist Congress Party government’s culpability. Today, with four years of running the state behind him, that excuse is not going to work anymore. #KhabarLive