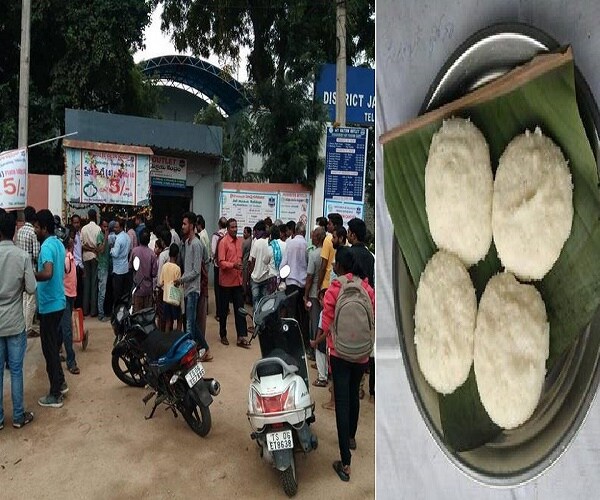 The idlis made by the prison inmates are sold from the wee hours. As the word spread about the idli plate, people from nearby areas are making a beeline for their morning breakfast and also to pack a take away.

Locals explain that the ‘idli project’ is a social enterprise and operates on an absolutely no-profit basis. The inmates are shown a way of livelihood and a chance to face people from outside the prison. “There is no interaction as such. The idli plate is handed over after a payment is done at a makeshift cashier table. The inmates have prison guards watching them and the customers,” said Ram Babu, a resident.

Interestingly, this stall is also eco-friendly and doesn’t use plastic. The idlis are served over a banana leaf on steel plates. Those who look at take away parcels have to bring their own containers or tiffin boxes. The stall operates for four hours in the morning from 7 am, and two hours in the evening.

While price is clearly a major reason people are making a beeline to this idli stall, some say it is their way of supporting the prison inmates to reform and become better citizens.

According to sources, on the first day, the inmates sold close to 700 plates. Now they are currently selling over 2,000 plates every day. #KhabarLive