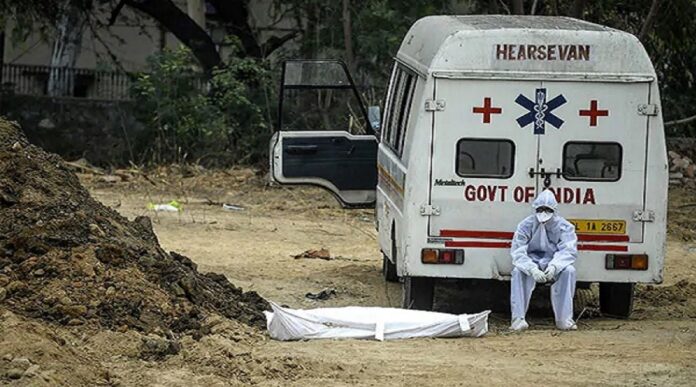 Nearly half of the COVID deaths in Telangana have occurred in people without comorbidities, according to data with the state government. The state’s data, now considered one of the most comprehensive in the country so far, is significant since COVID was believed to disproportionately affect people with comorbidities.

In a 61-page long health bulletin issued Wednesday, one of the most detailed so far, the KCR-led government stated that 46.2 percent of the Covid-19 deaths in the state were among those with comorbidities — higher than the national average of 43 percent.

This is a significant development as there is a belief that Covid-19 disproportionately affects those with comorbid conditions.

The Telangana data also shows that the most number of positive cases in the state is among men in the 31-40 year age category, while the least number of cases are in the category of 81 years and above.

Among the women, the maximum number of cases are in the 21-30 age group at 7.9 percent.  In all, the state has, as of Wednesday, registered 58,906 cases and 492 deaths. The recovery rate is 74.3 percent as opposed to the national rate of 64 percent while the case fatality rate is 0.84 percent as against 2.26 percent nationally.

We are deeply grateful to our readers & viewers for their time, trust, and subscriptions.
Quality journalism is expensive and needs readers to pay for it. Your support will define our work and ThePrint’s future.

The 61-page medical bulletin is a result of the Telangana High Court intervening and directing the state government to be more transparent.

The government, led by Chief Minister K. Chandrashekar Rao (popularly known as KCR), has been accused of being opaque with Covid-19 data while also being criticized for low testing numbers.

The medical bulletin comes just a day after Chief Secretary Somesh Kumar along with senior government officials appeared in a virtual hearing of the Telangana High Court Tuesday and were given an ultimatum to provide critical data through print and electronic media.

The high court has on multiple occasions expressed displeasure over the state government’s failure to implement its orders on the Covid-19 outbreak and for misleading the public in media bulletins.

On 20 July, however, the court directed the state chief secretary and principal secretaries of the medical, health, and municipal administration departments to appear before it on 28 July.

In the 20 July hearing, the court termed the contents of an earlier report submitted by the state as being “bald and vague”, and pulled up the government for allegedly fudging figures. The court also took a serious view of media bulletins mentioning that the “High Court appreciated the government’s efforts” and said that the government was misleading people.

“There is no respect for court orders. It appears that they are falling on deaf ears. The people are left to their fate,” the court remarked and termed the prevailing situation as “alarming”.

In the wake of the court admonishment, the state government has put out what are now being viewed as the most detailed medical bulletins in the country. It’s Wednesday bulletin included the age, gender break up of cases, complete list of containment zones and vacant beds among other things.

It also provided details of the types of tests being conducted at 39 government and private laboratories besides a list of centers for rapid antigen tests in each district.

A detailed breakup of regular beds, oxygen beds, ICU beds, and the vacancies in each hospital is also part of the bulletin, in line with the high court orders.

The medical bulletin further highlighted that Telangana will also have a Corona mobile application — ‘Home isolation telemedicine and monitoring’ — which will prescribe medicines and advice to coronavirus patients. #KhabarLive #hydnews