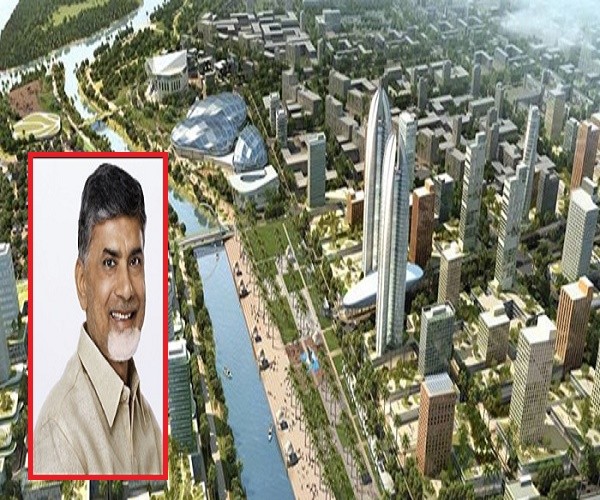 The Chief Minister of Andhra Pradesh made an announcement on the floor of the Assembly that he would raise funds as loan from the public for the construction of the capital city Amaravati. He promised to pay an interest rate higher than the market interest rate and exhorted the public to contribute to the loans or bonds issued for this purpose.

To build up the public support in favour of the proposal of the government a leading Telugu vernacular daily on Monday carried a headline news item “Rajadhaniki Praja Dhanam.” For a moment putting aside the desirability of going in for capital city construction as a mega city, I would like to examine the feasibility of raising any such loans from the public for construction of the capital city by the state government and options available before the state government.

The other option available is not for the state government to borrow but for the quasi-government entities to borrow from the banks and other financial institutions for taking up commercially viable activities.

When this is the broad framework in which state government can raise funds for taking up any projects how the state government is planning to raise the funds from the public with a guarantee to repay them for the construction of the capital city looks a little puzzling. If the project is commercially viable, they can approach any of the banks to get a loan and, if required, provide the necessary government guarantee as a measure of comfort.

If this proposal cannot go through this process of sanction of loans by the banks, how the state government is planning to raise these amount from the public and pay back to them is beyond anyone’s comprehension. In any case, public may not have the necessary expertise to appraise the project and decide whether the project is commercially viable or not as compared to the financial institutions.

ALSO READ:  Hyderabadi Chudiyan Aka Bangles, Shining Through The Ages!

Sometime back there was also a similar project announced by the state government with a lot of fanfare in the name of ‘My brick and my Amaravati.’ An amount of Rs 5 crore seems to have been collected as on date under this project. Though it’s a laudable effort to get people involved in the capital city construction by paying nominal voluntary donation, this project substantially differs from the one that is now planned in terms of raising of loans from the public for construction of the capital city.

Any loan raised carries responsibility of repayment. Without making necessary provision for repayment and commercial viability of the project, committing the state to a loan liability is suicidal. Or having dealt with AgriGold scheme has the government perfected similar scheme for implementation by the government? #KhabarLive