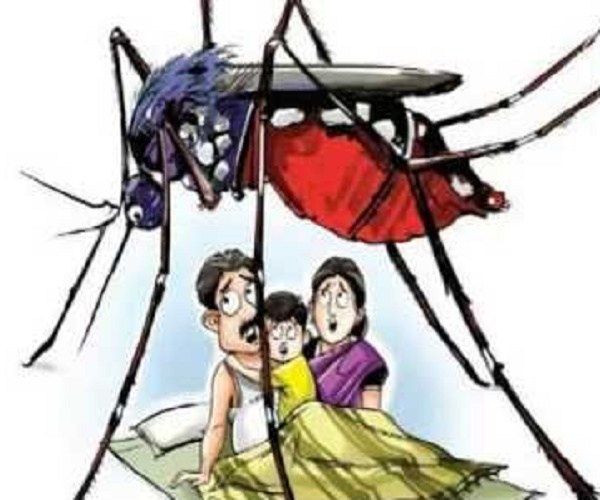 Hyderabad and Warangal in Telangana is worst effected, the Malaria ailment is also active in tribal regions of Telangana. Not too long ago, malaria as an ailment was endemic to rural and tribal regions. However, with the changing ecosystems, presence of extensive vector breeding grounds including lakes in urban areas, malaria is now omnipresent and poses a huge challenge to the public health systems and a burden on productivity for individuals.

Apart from cities like Hyderabad and Warangal, which have to contend with considerable burden of malaria every year, traditionally the ailment has also been quite active in tribal regions of the State. Last year, malaria incidences from tribal districts of Telangana constituted 63 per cent of total cases and the rest of cases were from Hyderabad and towns.

By this April-May, the health authorities have already reported over 500 positive cases of malaria in Telangana, out of which 383 cases were caused by protozoan parasite Plasmodium falciparum, which is considered to be more virulent than Plasmodium vivax. The vector through which the parasite is transmitted is from the bite of female Anopheles mosquito.

“While incidences of malaria is more in tribal regions, large number of cases also get reported from the city and other bigger towns in the State. Vector management is the best preventive measure for malaria and even dengue,” says Superintendent, Fever Hospital, Dr. K Shankar.

The World Malaria Report 2017 has estimated that in 2016-17, India had close to 1.31 million i.e. nearly 13 lakh malaria cases, out of which the deaths due to malaria was nearly 24,000.
In 2018, the total malaria positive cases in Telangana were 1,787 and State-run hospitals conducted blood slide examination of nearly 32 lakh suspected malarial cases.

Rampant mosquito breeding at construction sites, industrial estates and banks of urban lakes have ensured a steady stream of cases of malaria in Hyderabad. On an average, every year, anywhere between 300 and 400 malarial positive cases get reported from Hyderabad and Rangareddy districts.

“Rampant breeding causes rise in the mosquito population, which trigger cases of malaria. The sole focus of public health authorities must be to control their numbers through various measures and of course talking about the ailment more often among the community,” says medical entomologist and OU zoology professor, Dr. B Reddya Naik.

Senior doctors said focus will be on disease management, early detection and to provide complete treatment, strengthening the referral services and prepare for rapid response, in case large number of patients turn-up with symptoms of malaria. Authorities are also planning to launch supportive activities focused on spreading awareness through IEC activities, monitoring and evaluation and even collaborating with private institutions to combat malarial cases.

With cases of malaria getting reported in urban areas, the Municipal Commissioners have been asked to intensify general sanitation, drain cleaning and intensify mosquito control measures. The Commissioners were directed to cooperate and coordinate with health authorities, organise wide publicity on mosquito control, ensure all personnel take part in these activities, take technical support from health wing and organise health melas, special sanitation drives and convergence meetings. #KhabarLive