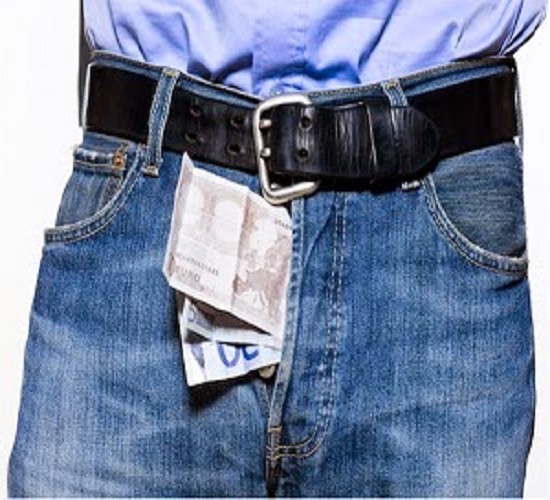 Male prostitution, or in native terms – Gigolo service has been a huge expanding market in Hyderabad with great demand in the recent days with the state capital being a major wedding, healthcare, educational and entertainment hub.

Easy money, good food, fancy clothes, company of rich and affluent middle aged women, free sex and globetrotting are some of the advantages of being a male prostitute or a Gigolo. All the well built and good looking youth in colleges, restaurants and also studios are an easy catch to be made service operators.

The Hyderabad police had arrested five to ten event managers who turned into escort service providers for the rich and sex starved visitors from Dubai, Mumbai and also South East Asian countries. They lure boys of 18-25 with offers of Rs. 5000 per day with food, drinks and free sex thrown in. The agent takes a hefty 40% cut and the boy gets about Rs.2500 to Rs.3000 plus the perks.

According to a city police survey, nearly 5000 boys are in address and phone books of several escort service operators and event managers. Weddings, national and international conventions, district tours of VVIP visitors, events at star hotels are regular spots for such hired help. “We get orders from not only Indian but also foreign guests for escort services,” says an organizer. “Surprisingly the demand for good looking fit boys is more than that for girls” says an event manager.

Remember the Bollywood celebrity wedding at Falaknuma. They hired 50 boys for escort services. The Big fat weddings at star hotels and Function halls in Hi-tech city and also various resorts in and around Hyderabad demand escort boys. “They show off their body at day time and put to serve customers at night parties,” says a event management unit which was recently wound up after complaints of male prostitution.

The most desired flock of gigolos in Hyderabad are – Maharashtrians, Hyderabadis, Kannadigas and Bengali males. Such boys have good appearance, good breath and tea-totallers.

Celebrity women like boys who are not violent and could be easily handled, says an event manager who saved his neck at a recent event at a posh hotel.

Hyderabad boys are found to be very obedient, not violent, sweet talkers, good in appearance and also safe to travel alone, say most of customers hiring escort services. There are instances of the female customers from Mumbai, Kolkata, London, Singapore and Bangkok ordering escort services during their Hyderabad visit. A few even ask for escorts to be available to receive them at the airport itself. “Most of the boys with driving skills, handling emails and banking operations get huge money, sometimes up to Rs.10, 000 to Rs.15, 000 per day,” says an event manager.

They are also hired by event operators at Chennai, Mumbai and Kolkata. The demand goes up during conventions, racing season and also during parliament and assembly sessions in many locations, says an agent. Obviously women go for shopping and other rendezvous when their men folk are busy politicking or busy with money minting operations in foreign lands.#KhabarLive