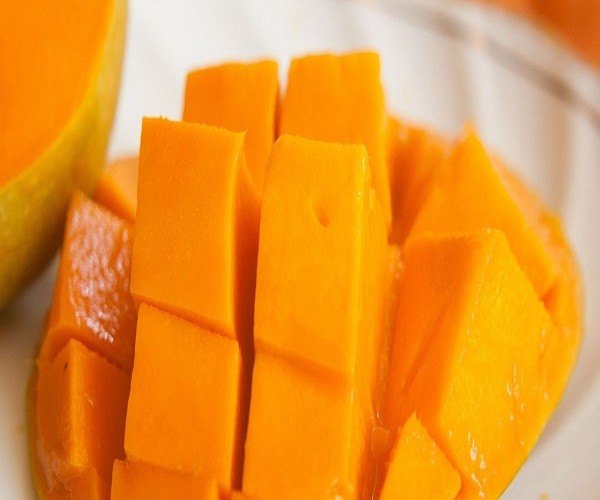 The air in Muthalamada is heavy with the sweet, heady fragrance of mangoes. It is 41 degrees Celsius on a March morning and Vijayan, a local farmer, is busy overseeing the picking of banganapalli mangoes at his thottam, or garden. “It is here that India gets its first crop of mangoes from,” he said, with pride. “People in India have a vague idea that the first mangoes come from somewhere in the south, but no one really knows [they come from] Muthalamada in Kerala.”

Muthalamada is about 27 kilometres from Palakkad and if you walk six kilometres ahead, you are across the border in Govindapuram, Tamil Nadu. Mango orchards take up 4,500 hectares of land here and the town exports Rs 200 crore-worth of varietals a year. “Mangoes are either exported to Gulf countries or Europe, or trucked to Delhi, Mumbai, Gujarat, Rajasthan, Uttar Pradesh and Haryana,” Vijayan said.

It grows local varieties such as priyor (a less fibrous, juicy fruit that’s the first to flood the markets in Kerala); neelam (a fibrous, firm and juicy mango that goes for days without perishing); chandrakaaran (a small fragrant fruit that is either sucked or used to cook with); and moovandan (a pest-resistant mango used for the first pickle in the south). For the North Indian market, Muthalamada grows varietals such as alphonso, totapuri, malgova and banganapalli.

India’s close competitors in the market for mangoes are Peru and Venezuela, but Muthalamada’s harvest is ready as early in February – which, according to the farmers, is ahead of everywhere else.

“We have wholesalers from North India [who] come to us as early as August,” said Chithra, Vijayan’s wife who also works at their orchard. “They look at how healthy the trees are, look at what our yield was in the previous years and then give us an advance to book the entire orchard. The seths (merchants) come back again in January and stay here until end of March or early April.”

One of them is Chandra Haas Kumar, a fruit wholesaler from Delhi who works at Azadpur Mandi, Asia’s largest fruit market. Traditionally, his family have sold apples from Kashmir and Himachal Pradesh. “One of my distributors in Pune told me about mangoes from Muthalamada and so I came here,” he said. “Muthalamada mangoes are good quality. They have the best crop and so sell at very high prices. A farmer can get Rs 2,000 per 5 kilo box of mangoes at the moment. North India has a high demand for mangoes in the December-February wedding season. It has to be there in the fruit basket. The only place you get them that time of year is in Kerala.”

But Muthalamada wasn’t always known for its mango farming – paddy is what has been traditionally grown here. Balakrishna Vinod, a paddy farmer, said that with time, most farmers are moving towards mango cultivation – “Paddy is not just labour and cost intensive, but above all, water intensive. There’s a shortage of water here now, so staple crop fields are being turned into cash crop ones.”

This water shortage is down to the water-sharing agreement between Kerala and Tamil Nadu under the Parambikulam-Aliyar Project, which was signed in 1958. “The PAP has been controversial and often Kerala doesn’t get its share of water,” said Balakrishna. “So when there isn’t enough rain, and no water, paddy farming is impossible.”

In February, farmers in Kerala blocked 20 check-posts on the Kerala-Tamil Nadu border after the latter did not release the promised water. This was followed by Kerala Chief Minister Pinarayi Vijayan asking Tamil Nadu to stick to the agreement.

“Government rules prohibit using paddy growing land to cultivate cash crops,” Balakrishna said. “But when there’s no water to grow rice, we can’t just leave the land fallow, can we? Because Muthalamada generates revenue, we can apply for land conversion. It’s at the collector’s discretion.” Which is what most farmers here have opted to do in order to be able to grow mangoes.

This picturesque, scenic town, where mango trees line the streets and tower over the skyline, is home this time of year to pluckers, sorters and packers from around the country. Sayyad Abdul Aziz, from Bengalur, has been coming here for the last 20 years – “I supply to mandis and wholesale places such as Mumbai and Delhi. Come April, we’ll all move to Tamil Nadu where the mangoes will start ripening; then on to Vijayawada, Guntur and Warangal in Andhra Pradesh. By June, we’ll go to Bihar and Uttar Pradesh when dusseri, langra and chausa will be ready. That’s where the season will end in late July.” Abdul has been trucking six tonnes of mangoes a day from Muthalamada for the last 10 days.

Rahul Rajput, a supplier from Ahmedabad, has been in Muthalamada since February. This March morning, he’s overseeing the loading of truck-loads of totapuri. “I supply to places like Jodhpur, Udaipur, Bhavnagar, Mehsana, Jamnagar,” he said. “At this time of year, mangoes sell at a very good price. Totapuri will sell at Rs 80 a kilo. As the season picks up, it will drop to Rs 20-30. So now is the time to cash in on it.”

Chithra watches the mangoes being packed, loaded and the trucks leaving. “Most people don’t know this but the key to ripening mangoes at home is this: wrap it in paper or just lay them out in a rice box or flour box for a couple of days,” she said. “Mangoes need dryness to ripen. Never leave them out in the open where they can get spoilt by humidity.” she said.

As for her, she won’t be savouring the juicy mangoes from her orchard – “I rarely use mangoes for pickle or to make a raw mango curry with chemmeen [shrimp] or fish. As for eating them when they’re ripe, I can’t stand them. I feel full just plucking them day after day.” #KhabarLive