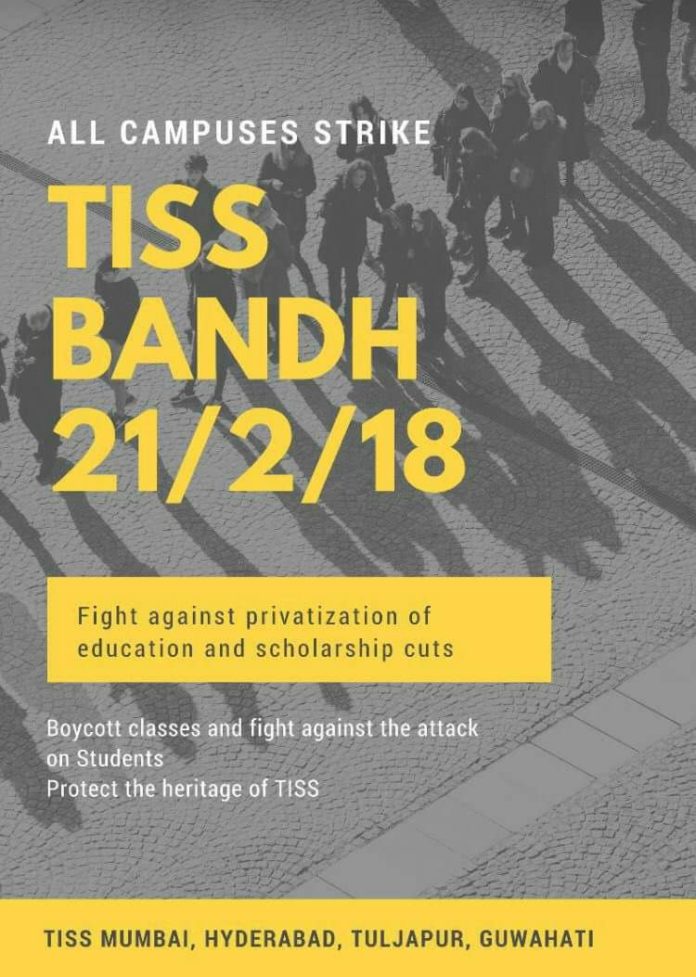 The nationwide agitation making headlines, supported by many student unions across the county in this bandwgon Maulana Azad National Urdu University Students Union (#MANUUSU) extends it’s solidarity and support to the struggle waged by the TISS-SU and the students of TISS across the country against the privatisation of higher education and the withdrawal of financial aid to students from marginalized backgrounds, stated #MANNUUSU vice president Abdullah Asim in a statement.

On the 21st of February the students of TISS Mumbai under the leadership of TISS-SU gave a call for a university strike following the TISS Admin’s decision to cancel financial aid to the GOI-PMS students from SC, ST and OBC categories he said.

Earlier, demanding a rollback of scholarship cut, campus safety, placements and reimbursement of field-work charges, among other things, the students of TISS, Hyderabad continued the strike on the second day and boycotted classes.

ALSO READ:  Unique 'Wardrobe-Subscription Service' To Dress Up Every Day Started In Vishakhapatnam

All academic activities on the campus were stalled. The administration and faculty had been denied entry to the building at TSIPARD and RMC campus and the students have locked down the entrance route.

In a meeting between administration and Action Committee TISS, it has promised to provide a response to the issues specific to the Hyderabad campus by Friday evening, however, the issue of GOI scholarship can only be resolved in Mumbai. “We have resolved to continue the protest till the GOI scholarship issue is resolved,” said a statement issued by the committee. #KhabarLive