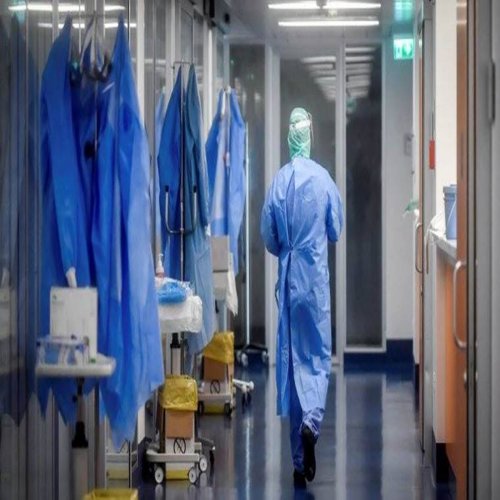 Exposing the poor standards of sanitation and hygiene at the Osmania General Hospital amid the Covid-19 pandemic, around 20-30 patients who were waiting their turn for surgery at the hospital contracted the virus. They are now being treated at Gandhi Hospital.

These 20-30 cases of cross-infection were reported in the last one month. The OGH chapter of the Telangana Junior Doctor Association (TJUDA) has written to the Health Department and the hospital superintendent, demanding that a separate operation theatre be opened immediately for elective surgeries. As the old OGH building has been shut since July 27, various wards and operation theatres (OTs) have been merged, increasing the risk of cross-infections.

The demand for separate OTs for elective surgeries was first raised a fortnight ago after several patients of fractures, hernia and knee replacement were admitted to the preoperation wards for weeks while they waited for their turn.

In the new Quli Qutb Shah building, the administration combined two OTs — the emergency operation theatre and elective operation theatre — where there is only one table, which is occupied by emergency cases most often. “In the old block, there were three tables for general elective surgeries, wherein we performed six-seven surgeries a day. But in the combined OT there is only one table, and only two general elective surgeries happen in a day. The rest are all emergency cases. The other major issue is that the two require different OT setups, which is not the case now, causing major risk of reinfection,” said Dr P Rohith, president of TJUDA-OGH.

It must be noted that with Gandhi Hospital being dedicated solely for Covid-19 treatment, OGH is the only key tertiary care hospital where people from underprivileged sections can access quality healthcare.

Meanwhile, JUDA had written to the administration on August 22 but did not receive a response. They have now shot another representation which stated that they would go on strike from September 8 if their demands are not met. “There are several other OTs lying vacant in the Quli Qutb Shah building. These must be assigned for general and orthopaedic elective surgeries,” Dr Rohith said. #KhabarLive #hydnews