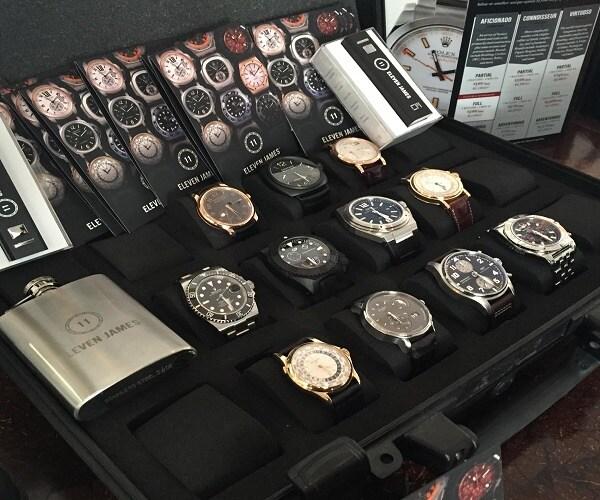 Vintage watch-lovers group in Hyderabad aims to be a modern-day testament to the heritage we wear on our wrists. They are called ‘Golkonda Watch Lovers’, aimed to collect, preserve and promote the vintage watches of all eras for public awareness and promotions.

“My first memory with a vintage watch? Hmm, it has to involve my grandfather; he had quite a few remarkable ones,” says Tarun Oblum. Since 2016, the 27-year-old menswear accessory designer has nurtured a deep love for vintage watches, and it started with HMT, India’s first country-made watch brand which was also a Public Sector Undertaking by Government of India since its birth in 1961.

However, it went out of business when Titan and other battery watch brands came to the fore, which led to the untimely corporate demise of the appreciation for mechanism-driven watch engineering.

However, the legacy this name has left behind is remarkable and is seeing plenty of interest among Gen Y and Z folks in the city. “I can talk about vintage watches for hours. I’ve bought about six watches this month alone… and I love that there are a number of others in India, and in Hyderabad particularly, who feel the same way I do,” Tarun explains, as he twirls one of the watches carefully between his fingers.

The watch face and lugs are a little scratched up and the case on the back has deep grooves around the edge from being pried open over the years. The other watches laid out in front of him have similar finishes. These watches need to be wound almost every morning, and when placed close to the ear, there is a cathartic light ticking as the coil tightened from winding slowly releases.

This love for mechanical watches is why, late last year, he formed Golkonda Watch Collectors, a small group which meets occasionally to talk about the realm of vintage watches; the back stories, the mechanisms, and more. “Our first meet was on Novemebr 24 at Zero 40 Brewing… it wasn’t a huge group, but those allotted two hours went by way too quickly [laughs] and our beers were abandoned and had warmed up. I want to point out that I am no expert, I just host these events… I went into this not knowing much about HMT and vintage watches. Yes, I do research daily but when you sit down with other people who have the same respect towards early watch engineering, it is so rewarding because of the emotional and historical relevance.”

At the moment, the group currently has something of an invite-only model but Tarun is more than happy to meet more people, whether they are new to this space or are a self-proclaimed expert. “The age range of the group is also between 18 and 35,” says Tarun. At the meets, the idea is not to contribute to timepiece elitism but to encourage holistic appreciation and critique in a safe space for knowledge exchange, with Tarun adding, “These meets are as much a learning experience for me as anyone else.” And what would a meet about these eye-catching conversation starters even be without a bit of macrophotography?

The group is not all about singing praises for bank-breaking watches, and Tarun cannot emphasise this enough. “Yes, these hugely expensive watches are interesting but, for me and the enthusiastic collector, the back story of a secondhand watch just holds more attraction. He holds up one metal band HMT upon which the clasp has ‘Ravi’ engraved on it, and another with a Nehru-themed face. “HMT rose up in a time when socialism in India was prevalent, and the brand was one of Nehru’s babies. They put India on the watchmakers’ international map.” Remarkably, an authentic HMT costs no more than ₹3500, but do make sure you are aware that the market has seen an influx of duplicates and models with repainted faces.

Junghans, Favre Leuba, Henri Sandoz and Fils as well as Hyderabad-made Allwyn, founded in 1981 as a part of Seiko, also features as a point of pride in Golconda Watch Collectors’ sessions. Luxury timeless labels such as Rolex and Omega also grace the group’s meetings as they are huge players in the mechanical watch world. Tarun recalls coming across a vintage Omega Constellation from the 1950s, which was passed from grandmother to grandson. A frequent traveller, Tarun makes it a point to visit Bengaluru for the iconic HMT Bhavan, where the brand is trying to sell off its remaining products… after all, nothing new is getting manufactured.

After all, if we can love our heritage structures and heirloom textiles, why not pay the same attention to the history we can wear? #KhabarLive