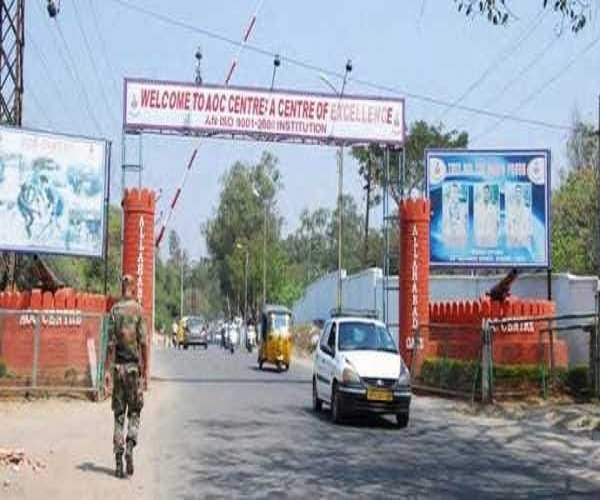 Residents of Secunderabad Cantonment Board (SCB) in Hyderabad want residential localities within the cantonment to be transferred to the care of Greater Hyderabad Municipal Corporation (GHMC). The residents are demanding that the Defence Ministry appointed Sumit Bose Committee should focus on separating civilian areas from cantonments to facilitate the process.

The Secunderabad cantonment sits in an area of 9,922 acres with a population of roughly 2,17,000 according to the 2011 census. ”Unlike other 62 cantonments in the country, the SCB area sits within the GHMC limits,” said Srinivas Reddy, a resident of the cantonment and who is part of the team behind promoting the #MergewithGHMC on twitter.

Earlier this year the Defence Minister Nirmala Sitharaman had ordered to reverse all unauthorised deprivations within the Secunderabad Cantonment area, namely road closures that were making life difficult for residents. The Army then proposed to separate the civilian areas from the cantonments to improve operational readiness of the forces, shows the response given by Subhash Bhamare, Minister of State Defence to a Rajya Sabha question in August this year.

However, in September, the Defence ministry appointed a committee headed by Sumit Bose, a retired IAS officer to improve the functioning of cantonments. SCB residents say this move by the Defence Ministry is contrary to what they had told the Rajya Sabha.

“This is a diversionary tactic to perpetuate the fiefdom of certain sections of officials,” said Reddy who added that the committee should instead focus on separating the civilian areas from cantonments to facilitate the merge with GHMC instead.

The residents point out what when SCB is compared with other cantonments in Pune and Delhi, they fall short in terms of budget allocation, infrastructure development, sewerage and water supply.

The SCB has just a single engineering department with just 20 personnel attending to building roads, providing drinking water supply and sewerage systems, these officials are also tasked with the town planning.

The residents point out that while the Defence Ministry supports an annual budget of Rs 3,600 core for the Delhi cantonment, not even a single rupee is being given to SCB on grounds that its a revenue-rich board.

“The SCB is able to project itself as a revenue-rich board because they do not spend anything on any actual works. In their recent annual report, the SCB has shown an amount of Rs 49 crore in some deposits as their investments. The Defence Ministry would view this as being self-sufficient,” Reddy added.

The merge with GHMC campaign organisers have been reaching out to various political parties to try and include their cause during the Lok Sabha elections. “At the moment there is very little a local MP or an MLA can do for us, any relief for us has to come from those at the Centre,” said Reddy who added that the way SCB is structured leaves little room for civilian involvement in decision making.

A majority of the SCB board members are defence officials, with a president and CEO appointed by the Defence ministry. The elected MP and MLA are in minority and have little or no say.

The SCB but does not have their own city planning department nor a master plan either. The layouts are sanctioned by the Director of Defence Estate (DDE) at Pune. #KhabarLive