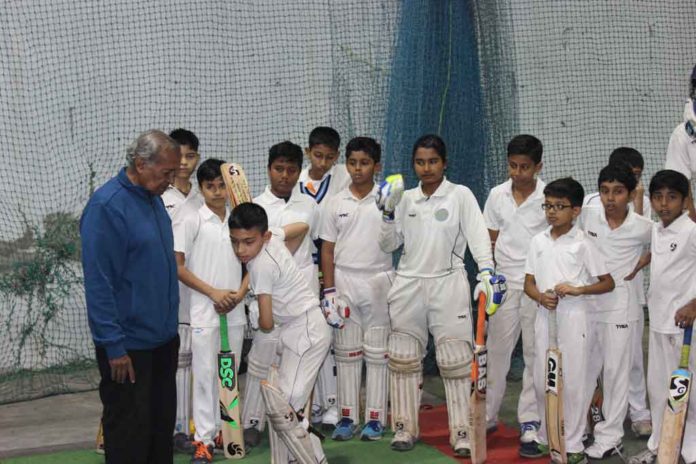 “I love this game. I’m from the old school who believes in hard work and discipline. If your basics are strong, no one can stop you from becoming a successful cricketer,’’ said Baig

He is the forgotten coach of Hyderabad cricket. Mirza Rahmath Ullah Baig is from the old school who believes in strong basics. Having vast experience and rich credentials, the 78-year-old has lost none of his enthusiasm and energy while at work at the ML Jaisimha Indoor Academy.

“I love this game. I’m from the old school who believes in hard work and discipline. If your basics are strong, no one can stop you from becoming a successful cricketer,’’ said Baig, who has produced over 100 international and national cricketers ever since he became a coach in the early sixties.

ALSO READ:  A Trip To Visakhapatnam Will Wrap Lot Of Memories - Museums, Train Journeys And Nostalgia

In fact, Baig for some time or the other coached eminent cricketers like Kapil Dev, Mohd Azharuddin, VVS Laxman, Venkatapathy Raju, Rahul Dravid, Sanjay Manjrekar, WV Raman, Kiran More, Chandrakant Pandit. “These were bunch of cricketers who would work the extra yard to attain glory in international cricket.

The key to their success was that they had strong basics. That is what I have been telling these young trainees. There could be advent of shorter format of the game, but if you have a strong basics, then you can score runs or take wickets. That is the key,’’ said Baig.

There is a sense of regret that Hyderabad Cricket Association (HCA) never utilized his services. “It is still a mystery,’’ said Baig, who qualified as a coach from NIS Patiala in 1962. He represented Services from 1964-67. He was in the National camps along with Keki Tarapore and Hemu Adhikari. “It was wonderful to work with these coaches.’’

But talk about coaching, there is endless discussion on it. “Coaching is of three aspects _ physical, technical and mental. All three are essential for the growth of the game. Unlike the past, the present day cricketers face big challenge as they have to adapt to all three different formats of the game. Then if your basics are strong then a cricketer can meet the challenges. The foundation is always important.

“For a batsman, it is all about the swing of the bat and the head being still. The batsman should learn to use the depth of the crease and nimble-footed.’’

Baig is a great admirer of Erapalli Prasanna and Bishab Singh Bedi. “They were of different class.

ALSO READ:  YSRCP To Move No-Confidence Motion Against Centre, All Eyes On Chandrababu Naidu's Next Move?

They had different variations and there was terrific revolution of the ball. For young spinners, watching these legends in action would be a lesson.’’

The veteran coach feels that a leg spinner has more variation. “That is the reason they can spin on any surface and try different variations. It is all about control of the ball but that needs a lot of hard work.’’

For fast bowler, Baig pointed out that Kapil Dev is a perfect example. “If he has never bowled a no-ball it is because of his long stint at the nets. He had a natural action. He was very serious at the practice sessions and any young cricketer could learn many things from this legend. He used the crease beautifully.’’ #KhabarLive