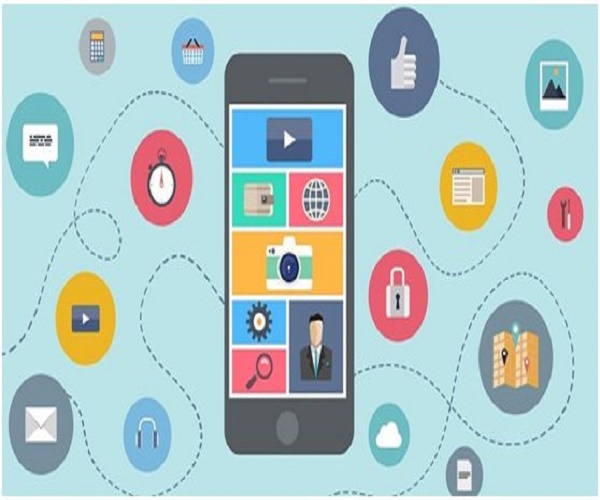 Before you deny that mobile phone technology is now the dominating source of digital marketing, we would like to convey the fact that according to Marketingl and and the study they have conducted, mobile advertising is expected to represent 72% of all the U.S digital ad spending by 2019.

And not just this, the leading advertising agencies in Dubai have also contributed in confirming this recent change in their ad spending. The era of digital transformation is moving at a very fast pace. It was just a decade or two ago when people used to rely on offline marketing for the promotion of their businesses but now, the businessmen, marketing, and advertising teams are inclined towards covering the online(internet) and associated bases to reach the maximum number of targeted consumers.

The smartphones are becoming the largest advertisement medium and there are many reasons that have supported this act. The main ones are as follows:

Gone are the days of the stone age when it was difficult for the people to connect with each other. The twenty-first century is designed to introduce innovative and advanced technology and the most commonly used technology of the era is the smartphone. The increasing number of the mobile phone companies, each launching new models of the phone at affordable prices has increased the availability and usage of the smartphones. Now, people from different statuses can buy the mobile phones and use them.

Google is the boss of the internet and the way it changes algorithm every now and then compels the marketers and businessmen to follow the lead. Following the rules and regulations set by Google helps in getting your website’s ranking up in the view list. The recent demand for the platform is to optimize the websites for mobile view. Thus, the more your website is mobile-friendly, the more are the chances that you’ll be able to drive increased traffic.

Keeping this in mind, the marketers have now started to use the mobile phone as the major advertisement platform. Another fact that attracts the marketers and advertisers is that they can reach people with a variety of individual taste and preferences through this platform. This allows them to promote the business via ads and increase the return on investment on the business sales.

It is easy to just SMS your brand message, promotional offers, sales news and other information to the customers on their mobile phone numbers, isn’t it? In this way, you are sure that the promotional message is sent and the brand advertisement is done as well!

The built-in apps as well as the ones downloaded through the app store help in advertising the business products and services.Chad Gallagher, the director of mobile at AOL, beautifully explains the increased use of this technology for advertisement by saying“In-app mobile ad spend is really the future of the mobile advertising category. Considering that people with access to a smartphone or tablet now spend an average of three hours on them per day and 84 percent of all smartphone time is spent in-app, in-app engagement is increasingly critical for brands, advertisers, marketers, and agencies.” He also says, “They can’t just focus on mobile Web. That’s not where the growth will be next year or five years from now.”

Although the mobile apps like Youtube, Facebook, Instagram and many others are becoming prominent for advertisement; the use of the mobile web for this purpose still exists. The tech-savvy surfers do visit different internet websites and this is the place where they come in contact with different advertisements banners.

What makes us say this is the Zenith Optimedia Study that states, “Worldwide, consumers are devouring nearly 20 minutes a day of videos on mobile devices compared to 16 minutes on fixed devices — smart TV and desktop devices.”

What is it about the mobile phones that keep the interest of the viewers intact for a slightly longer time? It can be the ease of handling the mobile phone, its mobility or the use byan increased number of people. The tactics used in digital marketing like the visual content, app advertisements, email marketing and short messages delivery proves to be more productive on the mobile phones.

Richard ting, senior vice president & executive creative director of mobile & social platforms at R/GA, in his article at The Atlantic mentions the features that he thinks characterize the uprise of mobile as an advertisement medium in the present era. The features include diversity, innovation, experimentation, quality and the cultural influence of the mobile phones on the society. And these perfectly sum up the reason why smartphone technology is becoming the major advertisement medium. #KhabarLive