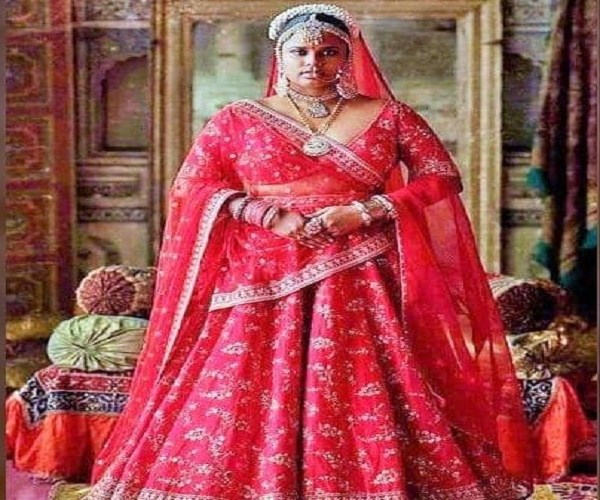 Before starting glowing career in Hyderabad, Varshita Thatavarthi first landed in Chennai in 2017 in the hope of getting a chance in a Mani Ratnam film. An ardent fan of his women characters, Varshita looked up to the director for his unconventional portrayal of female protagonists in many of his films.

Though ad agencies, where she tried to find work as a model, found her a little “too healthy” and not adhering to conventional notions of beauty, the 25-year-old thought someone like Mani Ratnam would find something which would fit her.

Speaking to #KhabarLive, she says, “I pursued my degree in Mass Communication and travelled to the south in the hope of grabbing a chance in the films there. But for most filmmakers, I fit too much into the south Indian stereotype and they often asked me to reduce weight and do something about my dusky complexion.”

As she grew passionate about acting in movies, Varshita shares how people always found it satisfying to comment about her skin tone and repeatedly told her that being dusky could diminish her chances of landing a role in movies.

“And for a long time, I believed that I did not have a perfect body. After being rejected by a couple of ad agencies, I lost 15 kgs in one go. Still, no work came my way. I was too curvy for the modelling industry where anything above size 2 is considered an absolute misfit. I wondered why I had lesser opportunities when I could speak the language, needed lesser training and actually looked like the average south Indian woman,” she says.

Though Varshita never really aspired to be a model, she later realised that modelling could open the gateway to meeting people from the film industry and build a portfolio for herself.

But for a long time, no work came her way until ‘International Women’s Day’ this year, when Varshita broke the internet for being the first plus size model to walk the ramp for the renowned designer Sabyasachi.

Sabyasachi, though a famous brand name, has been mired in controversies. The designer has been called out on multiple occasions for his disrespectful remarks on women’s bodies and this time too, he was accused of tokenism when he introduced his first plus size model.

Whatever be the criticism, it was a turning point for Varshita who confidently walked down the ramp at the Kashgaar Bazaar show in a glowing red bridal outfit. Varshita didn’t fit the conventional standards of beauty in the modelling world – she was neither Size 0 nor did she have flawless fair skin. But the model, who was born in Vizag and raised in Delhi, made quite the impression in the Mumbai show.

It was in 2018 that Varshita first met Sabyasachi at the designer’s jewellery exhibition at Taj Coromandel in Chennai.

“I took an appointment to meet him. We exchanged a few pleasantries. I was a huge admirer of his work and he even obliged to take a photograph with me. Neither did I tell him about my interest in modelling nor did he ask any questions. For the same reason, two months later, I was on cloud nine when I got a call from one of his assistants enquiring if I was interested in coming down to Kolkata for a ramp test,” she says.

Talking about the idea of inclusiveness in the modelling industry, Varshita says that she finds it weird when people refer to her as a plus size model. “Sabyasachi sir has never addressed me as a plus size model. He treats me at par with all other models, including supermodels. While the size of the average Indian woman is 6, how can one decide that only women with Size 2 body type have perfect bodies? Whom are we exactly targeting by advertising the so called perfect bodied women in our country?” Varshita asks.

Having said this, the model also clarifies that there is nothing wrong with having a Size 2 body. “What we need to realise is that every body type is unique and we need to include them all in our marketing campaigns. I think consumers are now smart enough to know when ad agencies turn inclusiveness into a mere facade,” she adds.

Having traversed different corridors in the modelling industry in the past few years, Varshita says that the journey has brought in a lot of changes in her internal makeup.

“I stopped trying to lose weight when I realised there wasn’t any work for me even after losing 15 kgs. Even before the Sabyasachi offer came my way, I had decided to be at peace with myself. I wasn’t ever obese or overweight. I had a healthy body from my childhood. I also realised it wasn’t possible to change the natural complexion I was born with. Instead, I am really proud of my healthy and glowing skin,” the model says.

Varshita also shares how she handled trolls after the Sabyasachi Women’s Day post snowballed into a controversy. “People had a problem that a woman chose to wear a deep neckline despite being heavy-chested. But honestly, after facing so many rejections in the past five years, the trolls didn’t affect me even a teeny bit,” she says, adding, “Instead, I was really happy with messages from women who said they could now confidently go to shops and ask for outfits for their sizes and not be ashamed about it.”

On her future projects, Varshita says, “I want to work with major beauty brands and raise awareness on body positivity. I want to be on the covers of fashion magazines to show the world that women like me can also be a part of this billion dollar industry.” #KhabarLive