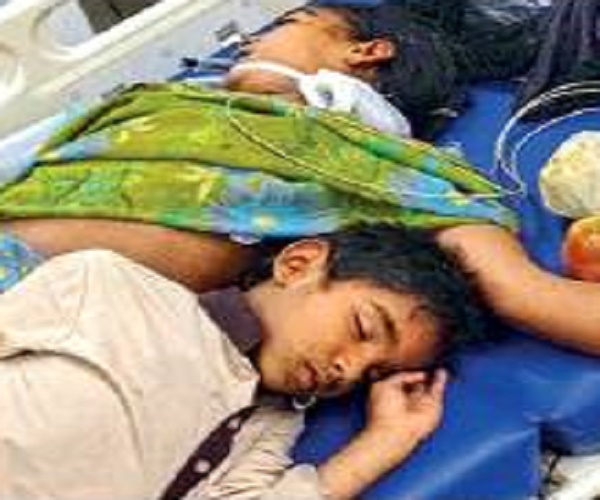 A five-year-old boy lay fast asleep alongside his mother’s lifeless body at the state-run Osmania General Hospital on Sunday night, unaware she was dead. The woman, Sameena Sultana, 36, resident of Katedan, was dumped at OGH on Sunday evening by her live-in partner. There was no attendant for the patient and she died of cardiac arrest. Her husband, Ayoob, had deserted her three years ago.

The poignancy could not be missed with the boy, Shoaib, clinging onto his mother’s body and refusing to let go, despite hospital staff and health volunteers trying to convince him that she had died.

Mujtaba Hasan Askari of Helping Hand Foundation told TOI, “Around 11.30pm on Sunday, we got a SOS from the hospital about a woman patient with a serious cardiovascular condition, but without an attendant. One of our volunteers, Imran Mohammed, rushed to the hospital.”

The boy continued to sleep beside his mother at least for two hours past mid night till her body was shifted to mortuary. Hospital staff and the NGO volunteer later woke up the boy and told him his mother had been shifted to another ward. As there were no attendants, hospital staff lodged a medico-legal case and informed Mailardevarapally police.

The volunteer, Imran Mohammed, said, “The woman began sinking after admission with her health parametres critical. Doctors tried cardiopulmonary resuscitation, but failed. She died around 12.30 am. We tried to tell the boy to leave her mother, but he continued to sleep alongside the body till 2am, when it was finally moved to the morgue.”

Mailardevarapally police traced relatives of the woman in Zaheerabad of Medak district from the Aadhaar number on the card in her bag. Speaking to TOI, inspector P Jagadeeshwar said, “We handed over the boy to Sameena’s brother Mushtaq Patel. There is no foul play and the autopsy report also revealed death due to cardiac arrest.” Relatives took Sameena’s body to Turmamamidi in Zaheerabad for burial.

ALSO READ:  Why Italy Is The New Lovers' Paradise For Bollywood’s Sweethearts?

Mushtaq Patel said, “Police knocked our door at 4am. By the time we went to the hospital, the boy was with volunteers. The boy’s father Ayoob abandoned the family and went to Maharashtra. We have decided to take care of the boy.” #KhabarLive