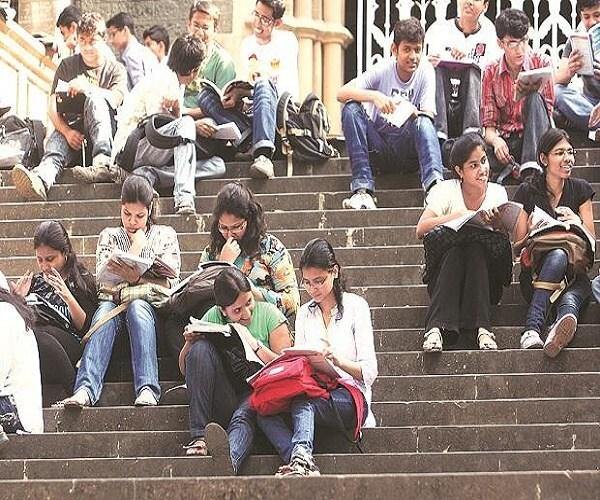 The National Knowledge Commission (NKC) felt that higher education in India made a significant contribution to economic development, social progress and political democracy in Independent India. Higher education plays an important role in the process of development of a country. It acquires more significance in the context of a developing country like India with 28 States at various levels of development.

It is an important source of dynamism for the economy as it creates wider social and economic opportunities for people and reduces social, economic and regional inequalities. India possesses the third largest higher educational system in the world next to America and China. But the growth of higher educational institutions is uneven among different States, social groups and gender. The policy makers have to take into account the above factors in order to provide equal opportunities to all people in the country and also in the States.

Telangana is the latest addition to the list of total States in the country. It is the youngest State in India but not the poorest when compared to many other States. It is the twelfth largest State in terms of both area and size of the population. Telangana became a reality after a protracted struggle for more than six decades and many sacrifices by the people and unemployed youth. The Telangana movement was basically a people’s movement.

It had the unique character of possessing predominantly weaker sections such as Scheduled Castes, Scheduled Tribes, Other Backward Classes and Minorities who constitute nearly 90 per cent of the total population. To fulfill the wishes of these sections, a new model of development which is inclusive is required. Another important feature of Telangana is that more than 50 per cent of its population is below the age of 25 years. It has the highest frustrated youth suffering from unemployment.

Providing education and employment opportunities to the unskilled, unorganised and illiterate is a very difficult task. Higher education in Telangana is provided predominantly in the public sector and there are more than dozen State universities covering 80 per cent of the total districts in the combined State of Telangana. But technical education is mostly in the private sector.

The most disturbing feature of higher education in Telangana is the absence of Vice-Chancellors for more than 10 universities which is a matter of great concern for the stakeholders as the day-to-day administration cannot be provided on proper lives by the in-charges of administration. Hence, appointment of Vice-Chancellors at the earliest to keep the universities on the right track acquires significance.

The Vice-Chancellors have to take up the challenges before them very seriously. A very serious and big agenda is awaiting their arrival. One of the immediate challenges faced by the universities is the absence of full-fledged executive councils which are the top management bodies.

Democratic functioning of universities requires the constitution of these bodies for proper policy making. For the past 10 years, important decisions have been taken by the varsities with the truncated executive councils which are legally unacceptable causing damage to the image of the universities. Another major challenge to the universities of Telangana in particular and country in general is recruitment of teaching staff.

Available data indicates that around 60 per cent of the faculty positions are vacant in the varsities of Telangana put together. The day-to-day workload is carried out by the contract and part-time teachers who are waiting for the arrival of the new Vice-Chancellors for their regularisation and improvement of their livelihoods.

It is a more serious matter of concern when compared to other issues of university administration. In the absence of permanent faculty, it is becoming very difficult to appoint Heads, Chairpersons, Board of Studies, Deans and Principals who look after the day-to-day administration. We also cannot think of quality enhancement in higher education Institutions without regular teaching staff.

According to a report brought out by NAAC, only 11 per cent of the accredited higher education institutions are of ‘A’ Grade, 71 per cent are of ‘B’ Grade and the remaining are of ‘C’ Grade. If this trend continues, there will be further deterioration of quality of education.

Another important concern before Telangana varsities is the financial crunch. In the absence of regular Vice-Chancellors, universities are also not in a position to attract funds from various agencies like UGC, DST, DBT, RUSA, AICTE etc., which halted the development of universities.

Added to this, the Block Grants provided by the State to the varsities are also at pathetic levels adding fuel to the fire. A onetime big push of finances by the State government is a prerequisite for proper nourishment of starving universities. Available data shows that public expenditure on higher education has not improved significantly over the years.

Hence, we are unable to compete with other countries. Available evidence shows that RUSA funds are very much unutilised by the State universities as they are not fulfilling the conditions of RUSA due to inadequate permanent staff. A unique feature of Telangana higher education institutions is that a major percentage of them are not yet accredited. Andhra Pradesh and Telangana States are very much lagging behind the other southern States in India with regard to accreditation of colleges.

But measurement of quality is an important prerequisite to pull the funds from various agencies. The affiliated colleges under the control of each university must be encouraged and guided by the concerned university towards accreditation. At the State level, a quality control centre may be established by the government to promote quality measurement.

Further, the colleges under the jurisdiction of every university must be encouraged to get autonomous states as suggested by the UGC to decrease the administrative burden of universities and concentrate more on academic activities. Higher education in India is providing only job seekers but not job creators as observed by Dr APJ Abdul Kalam. Telangana State is not an exception to this.

Hence, the varsities of Telangana must take into account the unemployed youth and establish skill development centres to improve the employability skills for enhancing employment to remove the frustration among the educated youth.

Universities must concentrate on providing suitable jobs based on the qualifications and skills of the students. Simple award of UG and PG degrees should be slowly stopped by universities and only the courses which can enhance employability of students are to be started by the varsities. The latest challenge to the varsities of Telangana is competing with private universities which are shortly coming up.

Here again appointment of Vice-Chancellors who are searched by the search committees is very important as they have to play leadership role to take the universities to higher academic heights. Then only the dream of “Bangaru Telangana” will be realised. #KhabarLive