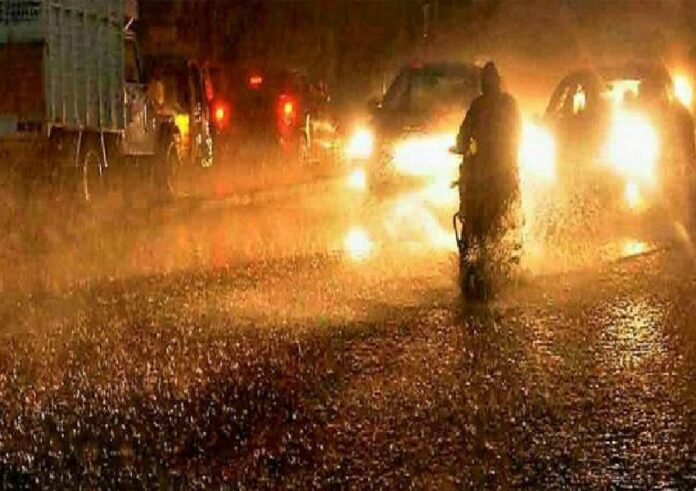 Severely battered twice by heavy rains and flash floods twice during the last one week, Hyderabad and its surroundings are likely to see another spell of intense rainfall as the weather office forecast more downpour in coming days.

Light to moderate rain or thundershowers are very likely to occur in many parts of the city and at times, there could be intense spells in one or two places of the city, said the Hyderabad Meteorological Centre.

It issued a yellow (“Be updated”) warning. Water pooling on roads and low-lying areas in many/most places is likely. The expected impact also includes traffic congestion at most locations, wet and slippery roads, tree and electric poles falling, electricity/ water supply disruptions and other social disturbances for a few hours and drainage clogging.

It suggested restricted movement for people, and that the necessary advisories may be issued by the Municipal Corporation for displaying the warnings and necessary action for clearing water, and by the Road, Rail and Traffic Department for traffic regulation.

Response force may be advised to take necessary action. Electricity and Water Departments may also be so advised, it added.

Heavy to every heavy rain is also very likely on Monday.

For the second time in less than a week, Hyderabad and outskirts witnessed heavy rains on Saturday night. The downpour inundated several low-lying areas. Two persons were killed in rain related incidents.

The city and surroundings were battered by torrential rains on October 13-14. About 50 people were killed in the rains and flash floods.

Meanwhile, according to the Amaravati Meteorological Centre, the cyclonic circulation over west-central Bay of Bengal off south Andhra Pradesh coast persists and extends upto 1.5 km above mean sea level.

Under its influence, a low pressure area is very likely to develop over the same region during the next 24 hours. It is likely to become more marked during subsequent 24 hours.