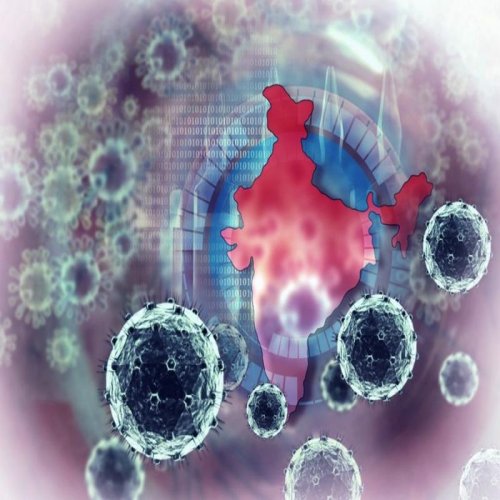 The most worrying state at present is Telangana, where the ‘R’ value is as high as 1.69 until 26 June.

The state at present has 9,000 active cases, according to the data from the health ministry. The total confirmed Covid-19 cases in Telangana stands at 14,419 as of Monday afternoon, which include 5,172 patients, who have recovered or discharged, and 247 deaths.

The state has come under scanner for low testing and handling of the crisis, which possibly caused the infection rates to shoot up.

India’s effective reproduction number ‘R’ for Covid-19 — a key parameter to measure the rate of infection — has declined slightly to 1.11 until 26 June from 1.13 on 20 June.

Among the states, Telangana has the highest ‘R’ value at 1.69. This is a sharp increase from the value calculated until 4 June, when it was around 1.32.

‘R’ denotes the number of people a Covid-positive person can infect and is an important indicator of how quickly the infection is spreading.

Sitabhra Sinha, a researcher at the Institute of Mathematical Sciences in Chennai, told #KhabarLive the ‘R’ value for the entire world between 10-26 June was 1.06.

R and R0 (basic reproduction number) are an estimate of the number of people one patient can infect.

R0 is calculated at the beginning of the epidemic when the entire population is assumed to be susceptible to the disease, while ‘R’ changes with time, and takes into account that some individuals are protected from the disease — either because they have developed immunity or because of social distancing and other measures.

For the states, Sinha calculated the ‘R’ values for those that have the most number of active cases.

But, for several states, the numbers are fluctuating too much at present to give a robust estimate, he added.

Maharashtra
Maharashtra has the highest number of coronavirus cases in the country at 1,64,626, with 70,622 active cases.

The ‘R’ for the state has been reducing since April. In fact, its growth curve has been similar to that of India’s overall ‘R’ numbers, Sinha said.

The value has been steady since the beginning of June, and is about 1.19 until 23 June.

The national capital’s R value has been consistently erratic.

After a brief period in early May, when the ‘R’ value was above 2, the number settled to 1.56 in mid-May, Sinha said.

The state, which has 35,659 active cases as of Monday, had seen a spike in new cases in early May, which was a result of people crowding Chennai’s Koyembedu wholesale market and panic-buying, turning it into a hotspot.

Sinha, however, said the numbers from both the states are fluctuating too much, which means that estimation for these states are not robust.

West Bengal’s ‘R’ was about 1.21 between 8-12 June, and is currently showing a sub-exponential trend.