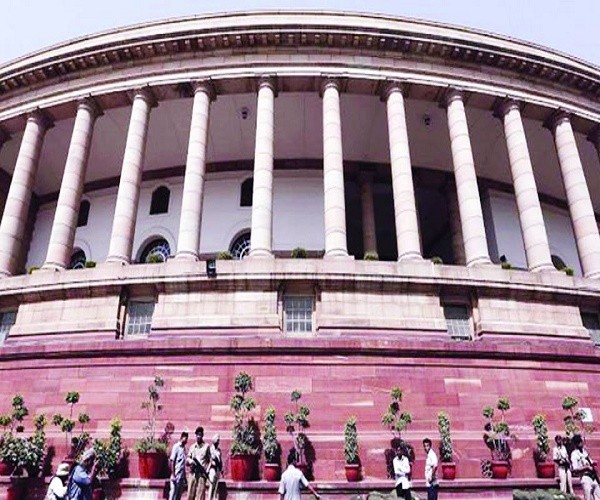 The Central Information Commission has expressed major concern over the way the MPLADS scheme is implemented. It is now for the presiding officers of the two Houses of Parliament to take a call.

The Members of Parliament Local Area Development Scheme (MPLADS), which was launched a quarter of a century ago, has been mired in controversy for long years because of allegations of corruption and nepotism and gross violation of the scheme’s guidelines by MPs. But a new issue — lack of transparency — is now at hand following a couple of orders of the Central Information Commission pertaining to non-availability of information on projects which have been supposedly implemented.

MPLADS provides MPs five crore rupees per annum to identify and fund development projects in their constituencies, as per the guidelines drawn up by Parliament. But the scheme has been controversial since its inception because of violation of the norms by many parliamentarians. However, having committed itself to the idea, the Government is obliged to earmark close to Rs 4,000 crore per annum for this scheme. These funds are sent to District Collectors, who, in turn, have to ensure implementation of projects identified by MPs in their constituencies.

Lack of transparency and accountability in the execution of this scheme has come in for adverse comment from a variety of institutions, including the National Commission to Review the Working of the Constitution (NCRWC), the Second Administrative Reforms Commission and the Comptroller and Auditor-General General of India. Now, the Central Information Commission has some harsh things to say about it.

However, despite the severe indictment of this scheme from various quarters, there has been no visible effort by Parliament to stop the misuse of funds and to remove the anomalies. However, one is bound to hear shrill protests from MPs if ever it is suggested that the scheme be scrapped.

ALSO READ:  What's Behind The Deep Silence Of Arvind Kejriwal?

This issue has been dealt with extensively in recent orders passed by Prof Madabhushanam Sridhar Acharyulu, Central Information Commissioner in Vishnu Dev Bhandari vs PIO M/o Statistics & Program Implementation and in Ram Gopal Dixit vs PIO in the same Ministry.

Referring to the procedure prescribed in this scheme, the Information Commissioner has said it is the reverse of what usually transpires in the Government. In all other schemes, a work has to be proposed, its viability has to be assessed and eventually, funds have to be allocated and released. But, in MPLADS, it works the other way. Here, the funds are first allocated, after which the works are recommended and the district administration has to implement it, if it is viable. Hence, the need for securing these funds is even greater.

The Commission said Parliament is known for enforcing strict financial discipline. Not a single rupee can be spent without prior sanction, but MPLADS, which was launched in 1993, operates differently. Projects are recommended without studying their viability. It is a massive scheme that is totally discretionary based and “prone to high corruption”.

The Commission has expressed major concern over the way this scheme is implemented. It says that it is difficult to prevent corruption in a scheme which has such massive funding and yet is so non-transparent and is “totally dependent upon individual discretion with questionable privileges coupled with immunity of MPs”.

In the order in Vishnu Dev Bhandari’s case, Prof Sridhar Acharyalu has recommended that the Speaker of the Lok Sabha and the Chairman of the Rajya Sabha provide the necessary legal framework for implementation of MPLADS. He has suggested that MPs be subjected to “specific duties and compulsory transparency obligations” and that they be also subjected to liabilities for dereliction of duties and breach of rules. They must be prohibited from spending MPLADS funds for private work of MPs; recommending allocation of funds to ineligible agencies; diversion of funds to private trusts; recommending works that benefit MPs or their relatives; and breaching any of the norms laid down under the scheme.

The legal framework should also deal with the problem of assets created with MPLADS funds later becoming untraceable. This has become necessary because there is no law governing MPLADS spending. There are guidelines and there is sufficient evidence to show that these guidelines are often observed in the breach. Also, MPs are not penalised for misusing MPLADS.

The Commission has further recommended that MPs must be obligated to provide the fullest information on the applications they received for allocation of these funds, the works recommended, details of beneficiaries etc. They must also be duty-bound to inform their voters about this spending. Further, the political parties to which MPs belong must have an obligation to post all these details on their websites so that the people are informed.

Another issue that the Commission has touched upon is the non-utilisation of funds by MPs. The 16th Lok Sabha was constituted in May, 2014. It was reported that the Government had released Rs 1,757 crore towards this scheme in the first year up to May 2015, of which just Rs 281 crore constituting just 16 per cent was spent. As much as Rs 1,487 crore had gone unspent and not a single rupee was spent in 278 (51 per cent) of the 543 Lok Sabha constituencies in the country. As many as 223 MPs did not recommend any expenditure.

ALSO READ:  How 'Nuseir Yassin' Message of Positivity Stems From Privilege In His Vlog 'Nas Daily'?

As stated earlier, MPLADS has come in for a lot of flak in the past. Although the Supreme Court has held that the scheme is constitutionally valid, the NCRWC was of the view that the scheme be discontinued because it went against the principle of demarcation of responsibilities between the Executive and the Legislature. It also felt that MPs should not tread into the area of local Government institutions. The Second Administrative Reforms Commission also strongly recommended that MPLADS be scrapped because it eroded the notion of separation of powers. It said MPs choosing projects for execution amounted to intrusion into the powers of the Executive.

The CAG too has come down heavily on the scheme and listed its various drawbacks when it made a detailed analysis of this scheme on two occasions. It spoke of wastage of public funds, execution of inadmissible works and a host of other problems. Therefore, the CAG said in view of the persistent poor administration of the scheme, wastage of funds, inadmissible expenditure and frauds, the government must re-evaluate the need, manner and modality of resource transfer under the scheme.

It is now for the presiding officers of the two Houses of Parliament to take a call. Now can a scheme involving MPs be non-transparent? The Central Information Commission’s observations need to be taken note of.#KhabarLive