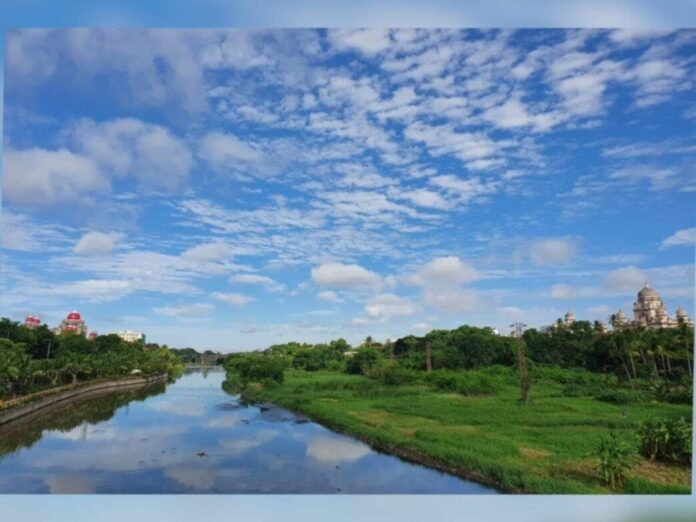 It is the only river that originates and joins River Krishna within the boundaries of Telangana. This river played a critical role in Hyderabad, emerging as a global city with a cosmopolitan culture.

But due to criminal negligence of the successive governments after independence, this historic and iconic river is ecologically dead. It is reduced to a mere sewage nalah, receiving all kinds of discharges.

Musi is now poisoned and squeezed. The way the successive governments have treated the flow of the river, it has turned into something which requires major surgery for which the present government is not likely to agree. It is not only affecting the life in the city but also the villages that are found along the river.

Incidentally, the river has been spoilt only for about 20 km of its stretch of the total 267 km long. This stretch is located within Hyderabad city limits where the government has allowed the free inflow of drainage water, especially the industrial waste of the poisonous chemical and pharma units.

The problems of River Musi also include, encroachment by government and individuals and neglect by all the concerned departments.

Contamination of River Musi has become so widespread and deep that contaminants have entered the human food chain, through grass, vegetable and grain production in the lower reaches of River Musi, largely using sewer and effluent contaminated waters.

Ground Water is also severely polluted in the vicinity.

Musi begins from Ananthagiri Hills
Musi starts in Ananthagiri Hills, surrounded by forests, near the feet of Ramalingeshwaraswami temple in Vikarabad. Esa, a small tributary, joins the Musi before entering into Hyderabad.

The original catchment area is extensive spreading beyond Parigi, Shahbad and a part of Mahbubnagar, now a part of Vikarabad District. The River traverses about 250 km and joins Krishna River at Vadapally in Suryapet. It was a lifeline for agriculture and allied activities in hundreds of villages which are all along the River.

Presently, the river flow is majorly sustained by the sewage of the city and the industrial effluents. In the last 50 years, the water quality in Musi has undergone tremendous changes owing to the river becoming the ultimate destination for all waste waters of Hyderabad.

The total quantity of waste water generated and released into Musi River is about 800 million gallons a day (MGD). This water often contains the pollutants of automobile pollution, since the rainwater in the entire area of Hyderabad and Secunderabad is drained into the river.

River Basin approach
River Musi has to be seen as a river, and not a channel flowing through Hyderabad. A River Basin approach should be adopted, from Vikarabad to Wadapalli in Nalgonda district. Musi can be restored only when there is a comprehensive view of the river, for the entire stretch.

In Hyderabad, pollution of River Musi can be avoided by building a chain of decentralised sewer treatment systems in catchment areas and strict enforcement of environmental laws to prevent industrial effluents joining the river.

Most households do not get sufficient water, especially in poor localities, resulting in increasing raw human waste load in nalas and sewer channels. This burdens STPs and their treatment systems. Raw human waste and other wastes should not be allowed to be dumped in nalas.

Sewerage Treatment Plants established in Hyderabad are not working properly. Treatment of inflows is incomplete, and outlets of low quality usually join the existing sewerage stream. Thus, the purpose of treatment, to recycle wastewater, is lost.

The River bed has shrunk and it is resembling a small nala of about 20 feet width, almost throughout the length in the city. The canal constructed under the Nandanavanam Project is itself a proof of the vision and the motive of the project proposers.

Numerous truck loads of debris and garbage are dumped in the river from both sides. This is being done with the clear purpose of turning the parts of the riverbed into land pockets that are sold later as pieces of real estate. Scores of commercial and housing purposes have with the connivance of various government departments. A large number of slums have also come up all along the river.

The State Government violated environmental laws in constructing the Mahatma Gandhi Bus Station (MGBS) on a 30 acre island created by dumping earth and debris. This was done by the Municipal Corporation of Hyderabad and State Road Transport Corporation during the 1990s and 2000s in violation of the Environmental Protection Act. These departments have not sought clearance from the Ministry of Environment, Government of India. This criminal act has squeezed the river bed by about 95 percent in its width.

The goals of proposed River Basin Authority should be as follows: