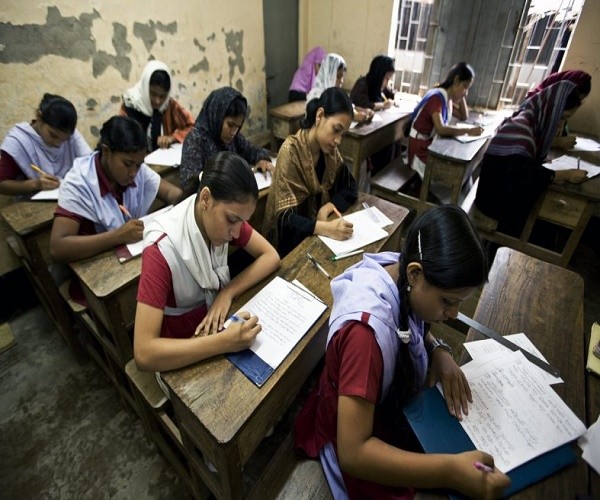 Muslim girls are less likely to drop out of school at the higher secondary level than boys of the community. A new study published in ScienceDirect by two IIT-Kharagpur researchers — Shobhit Goel and Zakir Husain — has debunked the general perception that gender disparity in school drop-out rates would be higher among the marginalised communities.

The researchers have conducted a statistical analysis of the National Sample Survey on Employment and Unemployment (2011-2012) and found that gender disparity in the Muslim community grows narrower with higher levels of education, and eventually, becomes negative, i.e. more boys drop out than girls.

In urban areas, while girls from all socio-religious groups are at a higher risk of dropping out than those from the Hindu forward castes, the risk for Muslim girls is just 1 per cent higher.

The state of Muslims
The scholars have found that that the perceived sense of discrimination against Muslims in the labour market lowers the expectations of a ‘return’ on education. That’s why Muslim boys are withdrawn from schools — the cost and benefit of education doesn’t seem to match.

But in the case of Muslim girls, the changing attitude of parents and realising the non-economic importance of education seem to have played a role.

“Unlike in other communities, among Muslims, it is easier to marry off educated daughters. In Muslim societies, marriages between low educated males and highly educated females is acceptable” writes Husain.

However, all this is tempered by the finding that Muslims lag behind not just Hindu forward castes, but also SCs and Scheduled Tribes at the secondary and higher secondary levels.

The study calculates a ‘hazard ratio’ — how many times one gender/social/religious group is likely to drop out relative to others.

This demolishes the notion that in urban India, socio-religious differences become relatively insignificant.

What school drop-out rates tell us
Drop-outs lead to a waste of economic resources for the country. Moreover, they create difficulties and a further burden for those students who come from socially-marginalised communities.

ALSO READ:  Why Is There Still Stark 'Gender Inequality' At Our Weddings?

Broadly, students drop out because of financial responsibilities; they start earning meagre but important livelihoods for their families. Other possible reasons include inability to bear the cost of education, disillusionment with schooling, unkind behaviour of teachers, and parents’ discouragement.

Given the largely patriarchal nature of society, girls often bear the brunt of this and have tended to have higher drop-out rates than boys historically. But the drop-out rates of girls across communities have been decreasing. In 1960, girls in urban India were 1.6 times more likely to drop out than boys. By 2009, that number reduced to 1.0 — meaning they are as likely to drop out as boys. In rural areas, however, the gender gap persists.

Scholars believe there are a variety of reasons behind this improvement. Education is said to improve marriage prospects of the girl, and creates a sense of independence in cases of widowhood. An educated woman can educate her children, and thus be responsible for imparting education to another generation.

More tangible improvements like schools with a high proportion of female teachers make schools more girl-friendly. A large number of schools connected by strong, all-weather roads is another factor linked to the low drop-out rates of girls.

However, the study has found that despite a significant improvement in enrolment in schools over the years, a sharp drop-out occurs after the primary level.

Impact of government policies
In 1993, the district primary education programme (DPEP) was introduced with multiple objectives, including making education more inclusive by actively working towards enrolment and retention of female, SC and ST students.

“Families are now realising the importance of education. It wouldn’t be a stretch to suggest that all the policies have contributed to popularising school education and making it seem accessible,” he said.

Noting that this study is a measure of Muslim girls in regular schools and not madrasas, Prof. Shiva Kumar said: “Schemes like the Sarva Shiksha Abhiyan and especially the mid-day meal scheme have ensured there is greater social integration in schools.” #KhabarLive