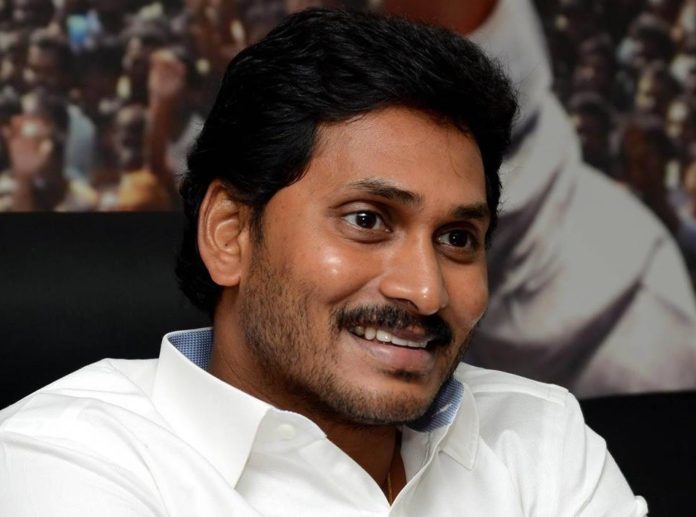 As Andhra steps into the election year, how Jaganmohan Reddy plays his cards, how his corruption trial shape could determine his political relevance in 2019.

Before he began his 3000 km long padyatra from Kadapa district in November last year, YS Jaganmohan Reddy had requested the CBI court for exemption from personal appearance during the trial. The plea was turned down, which means every Friday, Jagan has to take a day off from his walkathon to travel to Hyderabad to stand trial in the corruption cases against him.

After Chandrababu Naidu’s exit from the NDA last week, the political spotlight is as much on Jagan as Naidu here. As Andhra steps into the election year, how Jagan plays his cards, how his corruption trial shape could determine his political relevance in 2019.

The cases filed by the CBI and the Enforcement Directorate against Jagan have the common thread of quid pro quo running through them. The YSR Congress chief is accused of having benefited in his business because of the Congress government between 2004 and 2009 led by his father the late YS Rajasekhara Reddy, who had allegedly favoured select industry leaders with contracts. The Telugu Desam Party (TDP) harps on this taint on Jagan to emphasise that Andhra cannot be trusted with such a politician.

Since 2012, eleven chargesheets have been filed against Jagan by the CBI, all of them involving the who’s who of corporate Andhra. They charge Jagan, who is accused number one in all the chargesheets, with owning disproportionate assets. They accuse many senior Andhra bureaucrats who were then in powerful positions of having helped YSR’s son to make a killing. All the cases relate to allotment of huge tracts of land, river water and mining leases at throwaway prices and getting investment into his media company as part of the deal.

Many of the cases also list Jagan’s close aide, industrialist Vijay Sai Reddy as an accused. Reddy was sent to the Rajya Sabha in June 2016 by the YSR Congress and in the last two years, he has managed to strike a rapport with the top leadership of the BJP in New Delhi.

Vijay Sai Reddy’s access to the corridors of power was in fact, one of the reasons the TDP-BJP relationship always suffered from a trust deficit. Naidu suspected that the BJP was eyeing an extra-political relationship with Jagan. The TDP’s fear is that if the cases against Jagan, who it derides as an “economic terrorist”, are watered down, the party would lose its main weapon against him.

The TDP strategy is to keep the heat on Jagan over his legal tangle; and point out that Jagan is not attacking the BJP enough for not getting the Special Category Status (SCS) to Andhra. His support to the NDA’s Presidential candidate Ram Nath Kovind last year, is cited as another attempt to cosy up to the BJP.

To blunt the TDP narrative that Jagan will take advantage of BJP’s single and ready to mingle status in Andhra, the YSR Congress chief is walking the extra mile to convey he is not flirting with the saffron party. His party MPs will move a no-confidence motion in the budget session and have asked the TDP to either move one or support the YSRC motion. His MPs also plan to resign on April 6, if the NDA regime does not grant special status to Andhra.

On the ground, the sentiment is decidedly anti-BJP as it is seen as having gone back on all the promises made under the AP Reorganisation Act 2014. Under the circumstances, Jagan would be writing his political epitaph if he enters into a pre-poll alliance with the BJP. But if he manages a good harvest of Lok Sabha seats, the BJP and the YSR Congress could do business with each other post 2019, depending on the arithmetic of the House.

The blemish of corruption cost Jagan the election in 2014. People of the residuary state of Andhra Pradesh decided to trust Chandrababu Naidu, who had the experience of governing the state for nine years as CM instead of Jagan who had got out of jail on bail in 2013 after 16 months.

The assessment within the YSRC camp is that Jagan’s corruption cases won’t go against him in 2019. They point to Jayalalithaa returning to power in Tamil Nadu in 2016, even though the Supreme court was hearing her case in the Disproportionate Assets case. Similarly, in Bihar, despite the taint of the fodder scam, Lalu Yadav managed to come back in 2015.

Like in 2014, Jagan will fight the elections alone next year. Actor-turned-politician Pawan Kalyan could veer towards Naidu. The BJP and the Congress will be on their own in Andhra.

Four years back, a 2 per cent vote difference separated Jagan from the TDP + BJP + Pawan Kalyan alliance. If the BJP suffers a loss in its individual vote share, as it is expected to, it will be interesting to see where it goes. The irony of the BJP vote deciding the winner is not lost on anyone. #KhabarLive