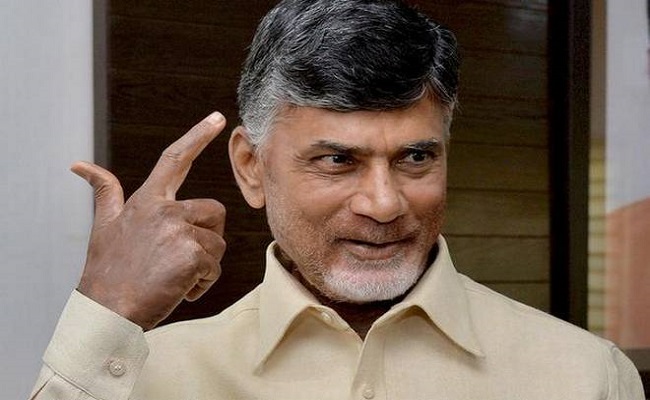 Some people wonder whether one can be a politician and yet speak sense. Well, just look at these two instances of politics on churn in Andhra Pradesh and Telangana State.

The first of them is the latest claim of the Telugu Desam Party’s leadership that YSRCP is in cahoots with the BJP. The second one pertains to Congress claim that Harish Rao was doing a similar tango in Telangana.

Let us consider the probability of such moves in the first place. To begin with Andhra Pradesh, Y S Jaganmohan Reddy, the chief of YSRCP, has been hitting out at the TDP from the beginning on the issue of the Special Category Status. Chandrababu Naidu pooh-poohed Jagan’s ‘advice’ as was a veteran politician who did not require lessons from novices.

Today Naidu is left in the lurch having failed in convincing the Centre to look at the political imbroglio through the TDP prism. Desperate times need desperate measures and hence, the resignation episode.

Naidu seems to have clenched his fists against the BJP, though his primary target is the YSRCP. Here is the catch rather. The difference between the two contenders in the 2014 general elections was just 4.5 lakh votes. Now that is just scraping through. Having come to power, Naidu should have delivered on his promises of developing the State with single-minded effort.

Something went wrong in his calculations and it is almost an election year now. It will be a humongous challenge to Naidu to convince the people to vote for him again unless he has the advantages of 2014 on his side, like Pawan Kalyan, whose support was the decisive clincher. With possible absence of the Power Star, and with the anti-incumbency factor too chipping in, Naidu is not sure of his return to power.

However, Naidu is not a weak-hearted politician. Political analysts and BJP insiders uniformly agree that Naidu used BJP to aim at YSRCP. Tarnishing BJP’s image and tying up YSRCP with it is an intelligent move. He aims to hit out at Jagan by simply clubbing him with the BJP “which is as bad as the Congress that bifurcated AP unscientifically” so that YSRCP would be at pains to explain to the people that it has no truck with the BJP.

Secondly, to prove that he is not seeking Centre’s friendship, Jagan might go ahead with his move of taking the BJP head-on with his no-confidence motion. Will the BJP allow Jagan to embarrass it with such a move and still keep quiet? This is where Naidu’s expertise is. He is simultaneously challenging Jagan while cocking a snook at the BJP to test whether it is prepared to pursue the cases against Jagan to their logical end.

“Well, he is miffed with us on this count more. There was no need for Naidu to react the way he did in response to the Opposition’s demand for Special Status. He is worried that Jagan could out-pace him this time riding the anti-incumbency wave. But, it was wrong on his part to have expected the Centre to direct the investigating agencies to nail Jagan faster. The PMO doesn’t do it. He (Naidu) can go ahead with his tirade. We know how to counter it. We are prepared to go into the elections alone in AP”, is the tone of the reaction of the sources.

Anyway, Jagan too is playing his game with aplomb in maintaining silence over joining hands with the BJP. He would definitely prefer to lash out at the TDP more. Now, it all depends on who plays the victim card better.

Now, coming to Telangana, a similar scenario is being played out. The rivalry between the Congress and the ruling TRS sounds surprisingly familiar when it comes to Revant Reddy’s charge against T Harish Rao that the latter was hobnobbing with the BJP leadership.

Going by the argument, Harish Rao should be joining hands with the BJP to fight against both the TRS and the Congress. Is it a win-win scenario for either the BJP or Harish Rao? By no means, it is. Then why would Harish Rao do it, however disappointed he might be with his waning command in his party as the Congress says? We have all seen that such defections occur generally when a party is defeated so that someone walking out would expect to be accommodated by the ruling party.

Still, why does the Congress continue harping on this allegation when it has seen its own people moving over to the TRS for gaining office of profits? It also trusts in the theory that Chief Minister K Chandrasekhar Rao is acting on behalf of the BJP in calling for a “First Front” formation. The party suspects that KCR is also working towards the BJP agenda of “Congress-mukt Bharat”.

Let us accept that everything is fair in politics and war. But, why do these politicians think that the voters just lap up anything and everything hurled at them without contrasting it with their experience and summation of the situation?

These claims are spread because, to some degree, people enjoy or collude. The second and more insidious kind spread against the judgment or instinct of the listeners. This is a statement of pure power: that the speaker can force the listener to repeat it and thus to believe in it too.

That is the primacy of power over truth.

We don’t have a PolitiFact, a fact-checking mechanism that rates the accuracy of claims by politicians and others on a Truth-O-Meter. There are just three ways to credibility: Never defend the indefensible. Never deny the undeniable. Never lie. In addition, one has to always keep ones word.

The Art of Fabrication has long been a part of Indian politics. Our politicians lie to puff themselves up, to burnish their résumés and to cover up misdeeds. It is more so when elections are up ahead. Don’t they all say winnability is the only criteria in fielding the candidates? The challenge before the voters is often compounded by the role of the highly politicised media.#KhabarLive