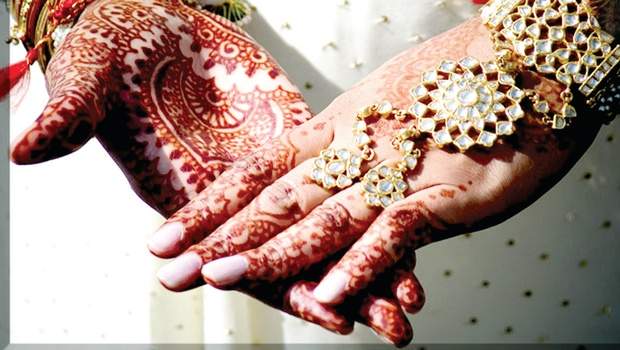 Even as the government mulls a law to attach the property of NRI men and their kin who abandon or harass their wives, the National Commission of Women (NCW) keeps getting a high number of complaints in its NRI cell.

During 2016-17, 496 cases were registered with varying degrees of complexity. Surprisingly, the highest number of cases, 52, were reported from Maharashtra. Punjab, which has traditionally been infamous for the menace, stood at number four with 40 cases. Data show that 42 women from Uttar Pradesh approached the NRI cell, while 41 cases were registered from Tamil Nadu.“The number of cases received by the NRI cell is on the rise as women are aware that the commission is actively working on the issue,” NCW chairperson Rekha Sharma told KhabarLive.

Activists say that despite several moves by the government, cases of bride abandonment and wife harassment have not really gone down.“This is a deep sociological problem that will not go away easily,” said Chandigarh-based women’s rights activist Jyoti Seth. “The issue of bride abandonment is rooted in false notions of wealth and well-being in an NRI life. In many cases, this leads to parents handing over their daughters to NRI men without due diligence.”

Officials in the Union Ministry of Women and Child Development conceded that even though the NCW, in consultation with the Ministry of External Affairs (MEA), had issued a Marriages to Overseas Indians booklet containing information on safeguarding interests of women during and after marriage with NRI men, the number of cases has not gone down.

Many harassed women have also approached the MEA, which has received 3,328 complaints from wives of NRIs in 1,064 days between January 2015 and November 2017—meaning one complaint every 8 hours.

Many victims approach the ministry through social media and many directly contact External Affairs Minister Sushma Swaraj.Though there are no government data on this, papers published by some NGOs in recent times have estimated that there are about 25,000 abandoned women living in Punjab and Gujarat each, deserted shortly after weddings.

“There are thousands of legal cases pending against men, but hardly any see conviction and the women continue to suffer in ignominy,” said Prabhash Sundar, an activist in Baroda.Government sources stressed that it was for reasons such as these that Women and Child Development Minister Maneka Gandhi was insisting on amendments in the CrPC Act to attach the properties of NRI men who desert their wives or harass them and fail to honour court summons thrice.

Recently, an integrated nodal agency constituted by the government to look into the plight of such women had decided that the MEA would launch a website to post summons against absconding husbands. #KhabarLive