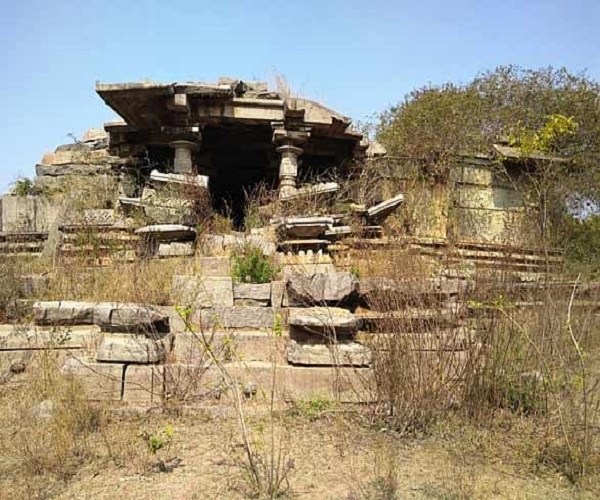 The Kakatiya temples, located just 33 km away from Warangal city on National Highway 163 in Atmakur mandal in Warangal Rural district, are crying for attention since years. Believed to have been built during the 12th century AD by one Kataya Senani, a general of the Kakatiyas, the temples are situated just a half-a-km from NH 163.

Though the shrines were declared as ancient monuments and notified as protected structures under the State Archaeological and Remains Act 1960 by the Department of Archaeology and Museums, there have been no efforts either to protect or renovate these ancient monuments.

Because of which, these Trikutalayas are getting defaced by the day. “On one hand, blasting at stone quarries, located just one km away from the temple, is causing heavy damage to the temple. There is an urgent to protect these temples,” said founder president of the Society for Public Welfare and Initiative (SPWI) Dr Devath Suresh, who is working on protecting the ancient monuments. While one of the temples faces the east, the other one faces the south. Both are of the same size, plan and method of construction.
Idols stolen

Kakatiya templesDr Md Sardar, resident of the Katakshapur, said that some idols from the temples had been stolen as there is no protection. “Moreover, some idols were shifted to the Salar Jung Museum in Hyderabad by the Archaeology Department officials. But there are no measures to protect these beautifully constructed temples which are on a par with the popular Thousand Pillar temple, Hanamkonda,” he added. It is said that several idols and sculptures from these temples were scattered in nearby fields.

“Since these temples are located just 33 km away from Warangal city, the spot can be developed as a popular tourist place. The government must take steps to promote the temples as a tourist spot,” Sardar added.

Another villager, Azmeera Raju Naik, said that the temple had nearly 30 acres of land as ‘Gudi Manyam’. “The revenue officials should survey the land and protect it from land-grabbers,” he added. Meanwhile, the locals started offering puja to the ‘Lingam’ at the temple since last year.

ALSO READ:  ‘In This Elections, 'Mahakutami' Will Rule Over Telangana Assembly Soon’

“Though it is a protected monument, the villagers are unknowingly constructing cement steps to the temple, which is against the act,” said archaeology enthusiast Aravind Arya Pakide. Even the sign board put up by the Archaeology Department was removed by some people and thrown inside the temple. #KhabarLive