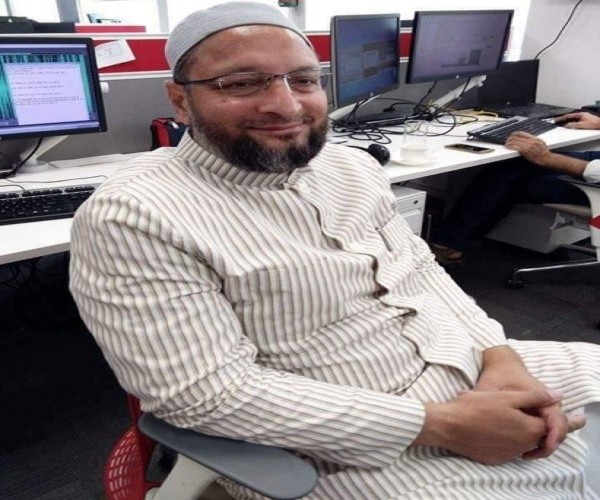 All India Majlis Ittehadul Muslemeen (AIMIM) leader Asaduddin Owaisi says the political climate in the country will change if issues are raised by the youth. He urged the youth to speak and voice their concern. “You are a bold generation equipped with information tools. You must speak up,” he said speaking at Democracy Wall event at BITS Pilani in Hyderabad, recently.

“If the youths of today voice their concern that their dreams and aspirations aren’t being fulfilled, they can change the political climate of the country,” he said.

“Don’t wait for opposition parties to come together, be the masters of your own destiny,” he added.

Owaisi also highlighted what is seen as India’s “abysmal position” on the Press Freedom Index, and the death of journalists across the country. “There is definitely a threat to freedom of expression,” he said.

ALSO READ:  The 'Dying Tradition' Of 'Pagadi' or Turban Wearing In Hyderabad

According to Owaisi, “criticism is part and parcel of a democracy. If you can’t criticise, you don’t live in a democracy”.

He also took a swipe at the BJP government. He said while the Prime Minister claims to be walking through a ‘minefield of criticism’, his party members file defamation cases against media houses.

Owaisi asserted that there is a need to understand the difference between hate speech and honest criticism. Criticising Modi doesn’t amount to making a hate speech, whereas incendiary statements that can promote violence do, he said.

“Freedom of speech has become concentrated in the hands of the powerful. To criticise the son of a modern-day Chankaya is to open yourself up to a Rs 100 crore defamation suit.”

The government, according to Owaisi, is undermining even independence of the judiciary. “The government is not following the constitutional dharma,” he said.

“They have interfered in the independence of the judiciary; they haven’t even allowed Parliament to function. Never has it happened that a no-confidence motion not discussed on the floor of the House,” he said.

He said it is only by following the Constitution that can keep a government from “becoming authoritarian regimes like in Turkey and Russia”.

“For you and me to save this country, the Constitution is the book that must be implemented in black and white.”

Talking about foreign funding, Owaisi stated that such a move would only help national parties. “Why would a foreign investor fund a regional party? They will always think about what they can get in return.”

When asked about the shortage of young leaders and parliamentarians in the country, Owaisi said, “India has a mindset that thinks ‘jitna budha hoga utna experience hoga’ and that has to change.”

“The youth must be part of pachayat to Parliament so that their aspirations can be included,” Owaisi maintained. Owaisi, however, was of the view that there should be no age cap for politicians.

“I don’t believe in that. Politics is not like a government job. If you have belief in empowerment of the oppressed section, you must be able to express it and be elected to Parliament,” he said. #KhbarLive