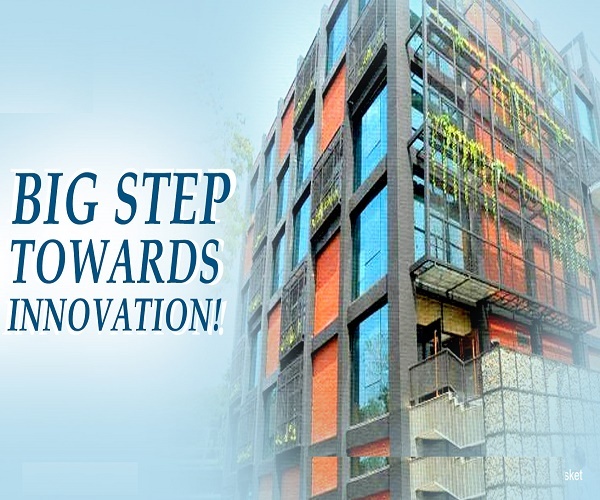 For a startup ecosystem to grow organically, the startups in Hyderabad must network more, says Spoorthi Priya Madhavaram, a lawyer-turned-fellow with the Telangana State Innovation Cell (TSIC), working on innovation policy. Being very clear about her objective, she is one among the group of six fellows working to create a startup ecosystem in Telangana.

“There is a need to bring more visibility to the startups in Telangana,” says the 28-year-old who joined the TSIC in May this year. The team is made up of six youngsters from different backgrounds. The team spent the first few months trying to identify their focus areas. Spoorthi decided to focus on the implementation of the state’s innovation policy and connecting startups with investors, “What we realised was that not many investors knew what is happening with respect to startups in Hyderabad.

If a startup in Bengaluru gets funding it is all over the news, but a Hyderabad startup does not get the same kind of visibility. This’s because Bengaluru has a well-developed ecosystem where information gets around through word of mouth, but that’s not the case in Hyderabad.”

TSIC was formed in 2017 after startups at T-Hub started showing growth and the Indian Institute of Information Technology moved towards AI based deep learning. The objective of setting TSIC was to promote innovation across schools and colleges, and spread the startup activities in the state as whole and not let them be confined to a single place. The state government roped in Phanindra Sama, the co-founder of RedBus, as the state’s Chief Innovation Officer to head TSIC.

“Phani took a few months to meet with various entrepreneurs and venture capitalists (investors) in Hyderabad and in other Indian cities. We started off with small activities where startup entrepreneurs and investors could meet and made them regular. We invited investors from other cities to Hyderabad to talk to the startups. We did not ask them to invest in the state but we asked them to just come to meet the startup entrepreneurs and interact with them,” said Spoorthi, “The idea was to promote networking, even if the investor who came and gave a talk does not invest, they might know someone who might be interested,” she added.

This has started showing results. A German angel investor has shown interest in investing in one of the 15 startups from the city that TSIC shortlisted. “The investor never used to visit Hyderabad in his trips to India earlier. Now he has decided to invest in a startup from the city, in his first visit. The next time this German investor comes to the city in search of a startup to invest in, he would be seeking information through the startup he first invested in. That’s our objective, to develop networking among startups so they grow organically,” Spoorthi added.

TSIC is also trying to bridge the gap between the state government and startups, through a Government Mentoring Programme (GMP). Most startups are hesitant to approach the government and wonder why the government would be interested in their idea, observes Spoorthi, “What they don’t realise is there are a lot of problems faced in governance that startups can step in and resolve, like road traffic or issues related to food processing,” she explains.

ALSO READ:  Why The 'Blame Game' On 'Traffic Woes' And 'Waterlogged Roads' During Every 'Monsoon' In Hyderabad?

Officials with the Telangana IT department currently are mentoring 10 startups shortlisted from a pool of 200. “We are not telling the startups that the government will take procurement from them, we are telling them that government officials will mentor you to ensure your product is in a better condition to help the people,” Spoorthi says.

Apart from Spoorthi, the team consists of five other youths working on different focus areas. Tarun focuses on communities and ecosystems, Meraj on incubators, Prasad on school innovation, Nikita on rural innovations and Simran on media and communications. #KhabarLive