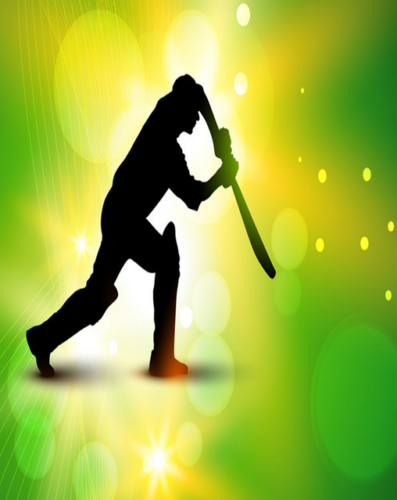 Cricket is undoubtedly the most popular sport in India. As the game grows in popularity, betting on cricket has become even more popular. Punters can place a wide range of live bets, at the same time being able to place wagers that can last more than a week.

Sportsbooks offer a long list of cricket betting markets and options. Whether you’re betting on ODIs, test cricket, or T20 matches, you can wager on the most number of wickets taken, series winners, match outcomes, number of boundaries, the man of the match, and more.

Once you understand the type of bets that are possible and decide what game to play, you need to choose the best betting platform. On betting sites you will find a wide selection of bookmakers of which you can read reviews to better evaluate which one is right for you. But once you settle for the right bookie, you’ll have to understand basic cricket betting terms to make smarter wagers. Here are some of the most common ones.

Here, you predict how the first batsman is going to be excluded from the game. The 6 options that you can bet on are Run Out, Caught, Stumped, LBW (Leg before Wicket), Bowled, and LBW.

A Half or Full Century to Be Scored in the Match

These two markets are both concerned with the number of runs that individual players will score during the match. The odds of a player scoring a century or half-century during a match is highest during T20 matches. For One Day International matches, the chances are quite reasonable and quite low for test matches. The two betting options are Yes and No.

The sportsbook pairs up batsmen and pits them against each other. Bettors can wager on either of the batsmen, and one with the highest number of runs wins the contest.

In a dead heat situation, a betting event has two or more winners. For example, if you’d wagered on batsman matches and the two contestants score the same number of runs, the value of the stake is divided into half.

This market is only provided when there’s a possibility that the match will end in a draw. This is usually a real possibility in test matches. This market has only two possible outcomes.

As the name implies, futures bets are concerned with events that’ll occur in the future. For example, you can bet on the tournament winners in the IPL.

When a sportsbook hedges, they place bets on the opposite side. Bookies do this to insure themselves against potential losses if their original bet loses.

As the name suggests, the team whose opening partnership scores the highest number of runs wins this market. Sportsbooks always offer lower odds on this market for the team that’s favoured to win the match.

This is when punters expect a bet to be an easy winner.

Man of the Match

A player who makes the most individual contribution to the success of his team during the match is voted as the Man of the Match.

A six is a shot from the batsman that touches or passes over the boundary without rolling or bouncing inside the field. Punters simply have to predict which batsman will hit the most sixes.

Run-outs are when fielders hit the wickets with the ball while a batsman is outside the crease. To win this market, you have to predict which fielding team will score the highest number of run-outs.

In this market, bettors predict whether or not the cumulative runs scored by both teams will be more or less than what the bookmaker predicted.

Point spreads are more popular in American football. In this market, the bookmaker evens out the playing field between two teams with widely different levels of skill. Point spreads predict how many runs the stronger side is likely to win by. Your job is to predict whether the favourites will win by a margin that’s more or less than what the bookie predicted. #KhabarLive #hydnews