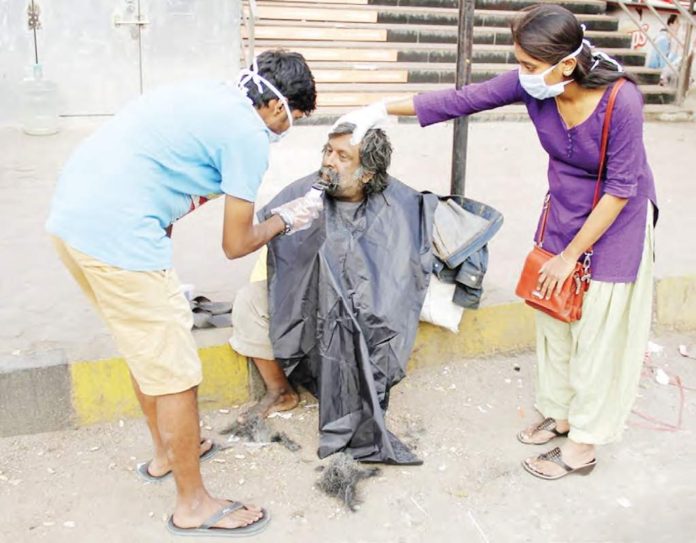 In a stark difference to what the Telangana State Prisons department initiated drive, ‘make Hyderabad Beggar Free’, an NGO in the city continues to transform beggars in the city by giving a make-over in an attempt to make them empowered to seek employment.

Youngistaan Foundation, the NGO, which has initiated ‘Transformers’, the make-over project, aims to rehabilitate beggars by providing food, counselling, make-over and employment.
Every Sunday, a group of volunteers form a team to give a physical transformation. They approach the beggars by first offering food and eventually know their problem and offer a solution to it. “There are various reasons why people resort to begging. They are mostly in need of money to go back home, relief from their medical complication or even a job,” said T Surya Teja, a volunteer who has been working for the project for four years now.

In all their operations, the transformation is done from the place where the beggars reside and after make-over is done, depending on beggars’ wish, they are either moved to a shelter home or a hospital.

“There is no force used. Our motive is to make them presentable so that they get jobs as waiters in cafes or as daily-wage labourers,” said Y Arun Danie, founder, Youngistaan Foundation. N Raju, a techie who is an active volunteer said the motive to served the beggars started with his interest while feeding street dogs. “I get utmost satisfaction when I serve them. I am being an agent to make them lead a better life,” he said. #KhabarLive

ALSO READ:  Do You Know What Is 'Proxy Voting' In 'Democracy' For Non-Resident Indians?