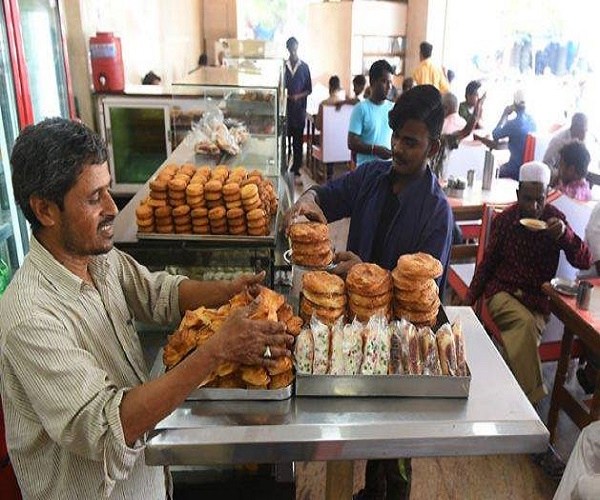 Traditional bakery items are fast disappearing from hotels in the old city. Popular as ‘Dakhani items’, the sugarcoated ‘fine biscuit’, the cream stuffed ‘bun maska’ and the crispy ‘nankhatai’ biscuits are rare sights these days.

Restaurants in the old city once stocked Dakhani bakery items in abundance. These items were a hit among customers, with a regular scene in these hotels being groups of friends sitting on the wooden benches, savouring a ‘fine biscuit’ with a cup of tea, at times sharing it.

Changing preferences
With the times changing, the preferences too appear to have changed. The only item common on the menu of yore and that of now is the Osmania biscuit.

“People are not accepting the Dakhani bakery items any more. They look out for something new, more like burgers, pastries, puffs and so on,” says Syed Amair, a manager at a hotel in Vijay Nagar Colony.

Another restaurant owner, Nizamuddin from Fateh Darwaza, says they used to have a wide variety of bakery items including bun maska, fine biscuit, tie biscuit and Dilkush among other snacks.

“Dilkush and fine biscuit were sought as accompaniments more during the morning hours when people visited the hotels to read newspapers and savour a cup of hot tea,” he remembers, adding that during the morning, they now prepare ‘saag puri’ as it has more takers now.

New varieties
The hotel owners attribute it to the change in the taste of the new generation. Syed Irfan, a hotelier at Golconda, says youngsters are looking out for donuts, pizzas, burgers, sandwiches and rolls.

“Youngsters just drop in to have a cup of tea with a plate of samosa. No more do they order traditional bakery items,” he shares.

However, there is a silver lining. While restaurants have stopped stocking Dakhani items, a few bakeries still prepare it for their customers.

“Of course, the demand is very less and only elders come and buy it for their children. Quality stuff is not prepared as the bakers who earlier prepared the stuff to perfection have retired from the profession,” points out Mohammed Abdul Shafi, a hotelier from Misrigunj in the Old City. #KhabarLive