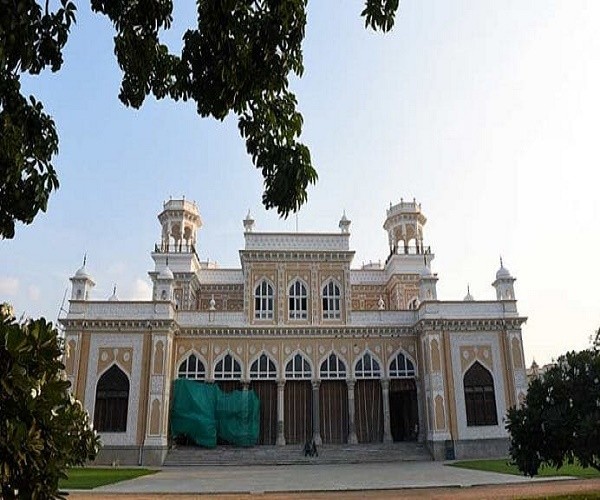 The Chowmahalla Palace, known as a showpiece of the Nizam-era architecture, is undergoing a major makeover with restoration works going on at a brisk pace. Already, around 80 per cent of renovation and conservation works have been completed. A majority of works are related to colourings and structural repairs which are set to be completed by November.

To conserve the official residence of the Nizams of Hyderabad, authorities have engaged professional craftsmen who are using traditional techniques to retain the vintage look of the palace as part of the first phase of restoration works.

According to officials, the palace had lost its sheen during monsoon and to restore the glory, painting and structural repairs were being carried out. Chowmahalla Palace Director G. Kishan Rao said the restoration works were taken up at a cost of Rs.35 lakh. “There are several works that need to be carried out to restore the architecture of the palace and they are being taken up in instalments,” he said.

Located in the heart of the old city, the Chowmahalla Palace is built in the neo-classical style. There are four palaces within the Chowmahalla Palace complex and these boast of Mughal-style domes, arches and numerous Persian elements like the ornate stucco work apart from intricate carvings, impressive structures and well laid-out gardens.

As per information from Telangana Tourism, recently, 19 chandeliers of Belgian crystal were reinstalled to revive the lost splendour. Built around 200 years ago, Chowmahalla Palace is renowned for its unique style and elegance. All ceremonial functions, including the accession of the Nizams and receptions for the Governor-General, were held in this palace.

A synthesis of many architectural styles and influences, the palace complex is now being meticulously restored. This is the palace where the Nizams entertained their official guests and royal visitors and its highlights are the grand Khilwat and the Durbar Hall.

“The place has become one of the favourite destinations in the city. On an average, there is a footfall of 800-1,000 visitors every day and the number would be more on holidays. Tourists from other parts of India also visit the palace,” Kishan Rao added. #KhabarLive