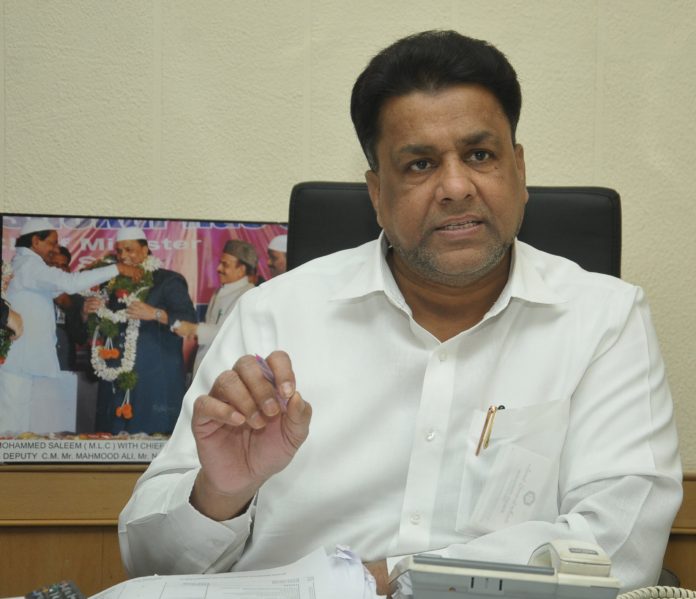 In a move to clean and end the evil social practices and also to save unnecessary expenditure, Mohammed Saleem, Chairman of Telangana Wakf Board took a decision to launch a movement in collaboration with police, voluntary organization and Qazis to instruct all the Muslims to finish wedding celebrations before midnight.

In order to explore the possibilities of its implementation, Saleem proposes to convene a meeting of police officials and Qazis on 23rd January. He hopes that by putting a condition to end all the wedding celebrations before midnight, music, dance and other un-Islamic activities could be stopped and a lot of unnecessary expenditure could be saved.

The objective of the proposed meeting is also to instruct all the function halls to end their activities before midnight at any cost.

Saleem also suggested that Nikah should preferably be conducted after Maghrib Prayer and the wedding functions should be finished before 12 midnight.

He observed that by prolonging the wedding celebrations throughout the night, the economy of the Muslim community is getting affected.

He further asserted that he had negotiated with the DCPs of South and West Zones. They have agreed to his proposal. If Muslim organizations support this movement, the police is ready to implement it.

Talking with KhabarLive he told that Muslim clerics and people’s representatives will also be invited to the proposed meeting. He informed that in Bengaluru and Maharashtra all the wedding celebrations come to an end by 11:30 p.m. whereas in Hyderabad, the marriage processions continue till “Fajar”.

If this ban is imposed, unnecessary expenses could be curtailed. He expressed his sentiments that as a concerned citizen of the State and a common Muslim, he proposed to launch this movement with good intentions. He hopes that his movement would muster support from the Muslims. #KhabarLive

ALSO READ:  Is This Brother Judge The Real Target Of The Four Supreme Court Judges’ Ire?