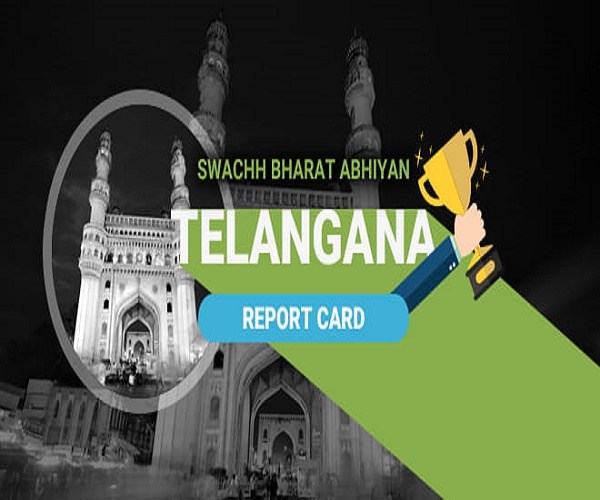 Telangana State has surpassed its target for construction of Individual Household Latrines (IHHL) or individual toilets, registering 109.63 per cent against the national average of 101.72 per cent under Swachh Bharat Mission (SBM) in the current fiscal. As a result, around 98.91 per cent of the State households have IHHLs now.

Telangana State witnessed an astronomical rise in the number of IHHLs. According to the baseline survey conducted in 2012, there were about 42,36,476 households in the State. From just 11,56,287 toilets in 2014-15 after the State formation, the number of toilets constructed in the State shot up to a massive 41,90,034 including 30,33,745 newly constructed toilets in just a matter of five years. Of these, over 14 lakh toilets were constructed newly in urban areas during the corresponding period.

At the end of June this year, about fresh 2,37,803 applications have been submitted for construction of new IHHLs. While the target was to construct about 1,35,700 toilets, the State had achieved over 1,48,643 toilets. To cover more people and provide them with toilets, the government also constructed 4,029 public toilets and 679 community toilets.

Officials attributed the rise in the number of individual toilets especially in urban areas to increasing awareness about public health and the ills of open defecation. The monetary support extended by the State and the Central governments to beneficiaries under the Swachh Bharat Mission also accelerated people’s interest in construction of IHHLs wherein the beneficiaries receive Rs 12,000 of which the State bears Rs 8,000 and the Centre funds Rs 4,000.

As per existing norms, the sanction for toilets is done by the District Collectors following which a bank account is opened for the Village Water and Sanitation Committee with a nationalised bank which has the sarpanch and panchayat secretary among other officials as joint signatories. The beneficiary amount of Rs 12,000 is then deposited into the account for the construction of the IHHLs. #KhabarLive