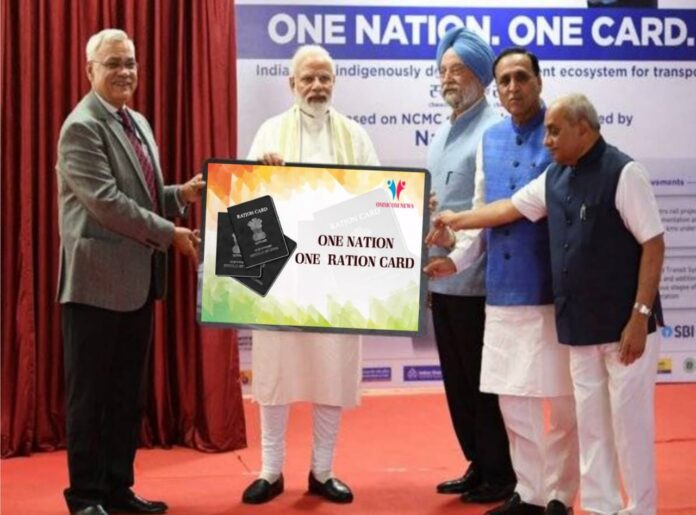 The much-touted ‘one nation one ration card rolled out by the Centre allowing people from other States to avail ration in any part of the country seems no takers in Telangana. According to the State Civil Supplies department officials, the ‘one nation one ration card is being implemented in Telangana along with several other states in the country.

The scheme allows people who have migrated from one State to another to avail the rations like rice and others provided by the Centre from the local Public Distribution Shops (PDS). Speaking to The Hans India, Hyderabad City CPI Council Executive member B Venkatesh said more than 13 lakh migrant labourers are working in twin cities.

While the SCSD sources said that all such people who are holding ration cards issued in their home States could avail the rations from the PDS outlets in the State under the ‘one nation one ration card. However, lack of awareness left many of those migrant workers not availing the scheme benefits. A senior SCSD official said, “Since the launching of the scheme in Telangana, so far, only less than 1000 people have lifted their rations. Majority of them, who availed were from the neighbouring Andhra Pradesh,” he added.

Contradicting the same, the CPI leader said no one knows where the scheme is being implemented in twin cities. Many of those who have come temporarily in search of work in the twin cities are not holding the ration cards issued in their home States. In case of those who have come to the city in search of work and settled in twin cities are also not able to avail rations, as the State government did not issue new ration cards for the last couple of years.

Against this backdrop, the trade unions have demanded distribution of ration, providing shelter or financial assistance to the migrant workers and their families left in the lurch due to the lockdown on account of the loss of their livelihoods.