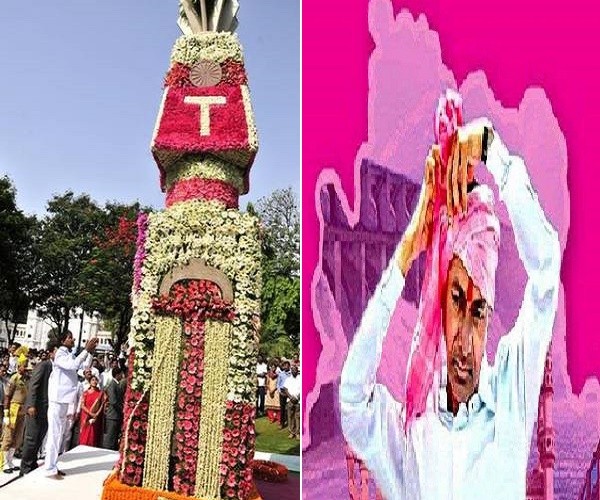 Telangana Rashtra Samithi president and chief minister K Chandrasekhar Rao, who has been trying to play the Telangana sentiment card once again by attacking the Congress-Telugu Desam Party combine, has once again proved that he is a master in maintaining double standards.

It was evident from the way the TRS chief denied tickets to real Telangana fighters and gave ticket to those who opposed Telangana state formation and even attacked Telangana agitators during the movement.

For example, KCR has denied ticket to Sankaramma, mother of Telangana youth Srikantha Chary, who had immolated himself to death during the Telangana movement.

Despite repeated requests for the party ticket from Huzurnagar, he declined the same and gave it to on Saidi Reddy, who was no way connected with the Telangana movement.

In the second list that was leaked to the media, the TRS chief rewarded defectors and anti-Telangana leaders with party tickets.

Of them, Danam defected from the Congress and Rathod from BJP; and the remaining from TDP, which KCR says is anti-Telangana. And none of them had the history of participating in the Telangana movement.

Even the candidate announced for Warangal (East) constituency Nannapaneni Narender in place of Konda Surekha, was a hard core TDP leader with no contribution to the Telangana movement. He joined the TRS in 2014 and became the Warangal Mayor later.

As expected, three other sitting MLAs Bodige Shobha of Choppadandi, M Sudheer Reddy of Medchal and C Kanaka Reddy of Malkajgiri are also being denied tickets this time, though they are hardcore party loyalists. Yet, they were set aside as KCR found more cash parties in these seats!#KhabarLive