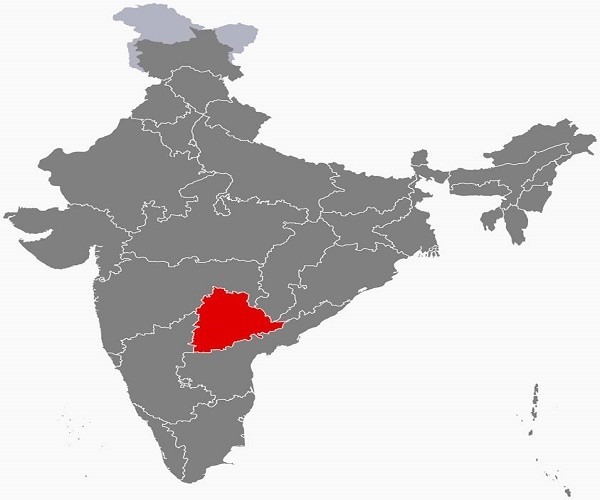 Much political discussion is now concentrated on the upcoming assembly elections. Even the controversies relating to the Reserve Bank of India, the Central Bureau of Investigation, the Ram Mandir and the Sabarimala are seen through the lens of these elections, described by the media as the “semi-finals”.

While most of the media focus is on the elections in Madhya Pradesh, Chhattisgarh and Rajasthan, relatively less attention is on Telangana and Mizoram. There are no new issues or new ideas. In Telangana, it is not a bipolar fight between the BJP and the Congress or the NDA and the UPA alliances.

Prime Minister Narendra Modi’s attack on the Congress dynasty and Rahul Gandhi’s attacks on Rafale and demonetisation have reached a saturation level. Most of the voters, it appears, have already decided whom to vote, except, of course, the fringe voters sitting on the wall. Modi’s “carpet bombing rallies” are mainly aimed at these voters who are likely to swing the election, one way or the other.

KCR’s challenges
But neither the Modi magic nor the RBI and the CBI issues are at the forefront in Telangana. The election in Telangana is more complex. It will decide the fate of the Telangana Rashtra Samiti (TRS) and its icon K. Chandrasekhar Rao (KCR). The TRS was formed to achieve the demand for a separate state of Telangana. Now its agenda must change or it must fight the election on the “credit” for achieving that demand.

In electoral history, there are interesting parallels. For instance, the Samyukta Maharashtra Samiti (SMS) led a five year-long movement for carving out the state of Maharashtra, with Mumbai as its capital. Over 100 people had reportedly died during the period. The Samiti came close to power in 1957, in what was called the Bombay state. But once the state was formed in 1960, the Samiti lost miserably and the Congress came back to power with a landslide.

In Telangana, it remains to be seen whether KCR still has the charisma to pull off a spectacular victory. His chequered political career can be best described in two words: flexible and opportunist. He was chosen by Sanjay Gandhi in mid-‘70s as a youth Congress leader.

After being a “loyal” Congressman, he shifted his loyalties to N.T. Rama Rao’s Telugu Desam Party in the early ‘80s. Later, he shifted again to join the rebel, and NTR’s son-in-law, Chandrababu Naidu. KCR was a senior leader of the rebel TDP. Interestingly, even Naidu was a youth Congress leader and a sort of favourite with Sanjay Gandhi. Both the leaders have been stridently “anti-communal” and anti-BJP at times, and yet their names have been associated with both the NDA and the secular front. Whoever wins or loses this election, the BJP is unlikely to have a major footprint in Telangana or neighbouring Andhra Pradesh anytime soon.

Chandrababu Naidu’s fight
More than a decade ago, Chandrababu Naidu was a darling of the corporate sector (and was seen as a possible future Prime Minister). In the Silicon Valley, he was known as the “Cyber-Man”. He was showered with many “Man of the Year”, “Businessman of the Year” awards by leading media houses.

Now KCR and Chandrababu Naidu, the two former “chelas” of Sanjay Gandhi and later followers of NTR, are confronting each other in the same region.

Naidu has an alliance with the Congress in Telangana as well as nationally and a memorandum of understanding (MoU) with Rahul Gandhi, nephew of Sanjay. Will Naidu be able to reclaim the ground that he held in Cyberabad, which is a part of KCR’s fiefdom today. Naidu has shown his ‘federal fangs’ by denying the CBI any access in his state. Promptly, West Bengal chief minister Mamata Banerjee also backed him. Soon the non-BJP states could join this federal fight. As a result, the CBI issue will altogether have a different dimension beyond just Verma versus Asthana.

Naidu’s banner of federal revolt on the constitutional rights of the CBI has potential for a major Centre-state conflict. This is not the first time the issue has flared up. However, the alleged strategy of BJP president Amit Shah of using CBI, NIA, ED and IT departments against troublesome politicians could boomerang and lead to centrifugal tendencies.

Telangana a game-changer?
The assembly election in Telangana will test the mettle of KCR as a strong regional leader who can hold his own against a formidable alliance of Congress-TDP-TJS. While the KCR government has worked towards improving the power supply scenario in the state, its performance in mitigating the agrarian crisis has been under the radar.

A victory for KCR can put the prospects of any Congress-led grand alliance in jeopardy. But, if the opposite happens, the Telangana model can pave the way for more such political alliances in other states ahead of 2019 elections. Even election results in a small state like Telangana can tell one which way the wind is blowing.

Let us not forget that the NDA rule under Atal Bihari Vajpayee was decidedly over in 2004, thanks to the grand victory in Andhra Pradesh under the leadership of Y.S. Rajasekhara Reddy (YSR).

He not only defeated the TDP government under Naidu, but also steered the Congress to a stunning victory in the Lok Sabha elections, winning 29 of the 42 seats in the state. The Congress won 145 seats and 29 of these had come only from Andhra Pradesh. In 1999, the Congress had won just five seats from the state. This addition of 24 seats from just one state brought the UPA to power.

The BJP had won 138 seats in 2004, only seven less than the Congress. If not for the victory in Andhra Pradesh, the UPA would not have come to power. Ironically, the TRS was a UPA ally and had won five Lok Sabha seats. In 2009, the Congress won 33 of the 42 seats from the state and the UPA retained power.

Everything began to change after the death of YSR in September 2009. The state of Telangana was formed in 2014 and KCR chose to distance himself from the UPA. It is a political mystery as to how the Congress lost the plot and could not accommodate YSR’s son, who is now hobnobbing with the BJP. Naidu who was part of the NDA at that time is now an ally of the Congress.

The flip-flops in Andhra Pradesh have reflected larger national trends. Most of the players in these flip-flops continue to be politically relevant, be it Chandrababu Naidu or KCR. Now that the region is split into two states, will Telangana be the game-changer in next year’s big election battle.#KhabarLive