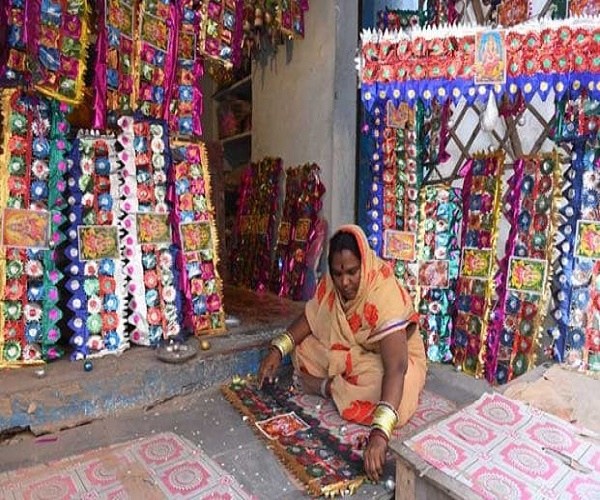 Once notorious for illicitly distilled liquor dens and ganja sale place Dhoolpey in Hyderabad old city area now rehabilitated with several uplifting schemes to peovide substamtial help in daily earnings. Result: The winds of change have started to blow across Dhoolpet and usher in a new hope among residents.

A series of sustained efforts coupled with financial assistance to the locals and encouraging them to give up illegal trades has found many takers that could be seen resulting in a qualitative change in lives.

About 500 families involved in the illegal distillation of country made liquor, gudamba, have been provided financial assistance of Rs.2 lakh in last one-and-half year by the district administration.

One person from each family was identified and about 500 beneficiaries were provided financial assistance of Rs. 2 lakh to take up some business, said K Naveen Kumar, Assistant Excise Superintendent, Dhoolpet Prohibition and Excise Station. “Two dozen more will be getting the money shortly after,” he said.

The government had allocated a substantial budget to release financial assistance to the families as part of the rehabilitation process. Those who availed the assistance have set up various business including kirana stores, small eateries, stationery shops, apparel stores, automobile repair workshops and spareparts shops. A few who managed to avail autorickshaw loans benefitted as the government helped them in getting permits to run the autorickshaws.

Lodh Samaj, secretary, Dinesh Hazari, appreciated the package but seeks more for a lasting solution. “Every family has youngsters in search of employment. So providing loan only to one member might not solve the problem. Instead, the government should set up some industry in Dhoolpet so that more youth are employed,” he said.

A beneficiary, Arvind Singh, thanked the government for the support but wished for additional funds. “Earnings in small trades are low but if the amount is increased or additional loans arranged to expand business, it will be helpful,” he said.

There were others who had given up illegal trades much before the package was announced and were not qualified for the package which came with a prescribed date limit, said Prashanth Singh, a kite maker. “There should also be a package for small time artisans who are into idol and kite making,” he said.

Efforts of the Prohibition and Excise Department to keep Dhoolpet out of bounds for software professionals and students who earlier used to come here for ganja are giving results.

In last few months, the officials noticed a significant drop in the number of people visiting the labyrinthine lanes of Dhoolpet which once was infamous as a ganja sale point. The weed used to be procured by locals from traders operating from the coastal districts of Andhra Pradesh where it is grown abundantly.

The department officials had caught close to 100 youngsters who had come to purchase ganja for personal use or for their friends. “After bringing them to the station, we counselled them in the presence of their parents. As a warning we asked them to hold placards with anti-drug messages and made them move around in the area,” said Naveen Kumar, Assistant Excise Superintendent, Dhoolpet Prohibition and Excise Station.

The department had warned of invoking cases under Section 27(b) and 28 of Narcotic Drugs and Psychotropic Substances Act 1985. It also registered cases against some youngsters who were frequently visiting the area and produced them before court. #KhabarLive