To the Congress, which appeared seemingly lost to electorate for quite some time now, the verdict in the Gujarat Assembly elections seems to have taken the shape of a springboard from where the party can now dream of emulating Neil Armstrong’s famous ‘giant leap’.

“Activism” of the kind Rahul Gandhi has indulged in his pre-Gujarat avatar (supporting anti-land-acquisition movements, students in JNU) is now tinged with a more serious and electorally tangible endeavour to rebuild social alliances that was amiss all these days.

The young leader, who is trying hard to shed the ‘Rahul Baba’ and ‘Yuvraj’ tags once and for all, particularly since helming the party prospects, has now embarked upon a major work to rebuild and strengthen the party organisation across the nation in general, and the Southern states in particular.

It is good that rather than taking unilateral decisions (a bane of Congress leadership all through the decades), he is seeking the worldly wisdom of strategists both from within the party and also some outsiders. The singular mission is to outwit the BJP mandarins at their own game. He also aspires to strengthen the ammunition with a well-knit and cohesive ‘Dream Team’ so as to give a tough fight to the NDA government in the next general elections.

In Gujarat making appropriate use of caste equations worked wonders for the Congress, which succeeded in articulating agrarian distress. If the thinking of the Congress party leaders who participate in closed-door brain-storming sessions is any pointer, then the Congress in Telangana wants to cash in on the issue of failure of the Union government with regard to categorisation of Schedule Castes.

This, the Congress central leadership feels can be a potent weapon to hit two birds with one shot. On one hand, they can gain the sympathy of the SCs and, if possible, have some kind of alliance with the MRPS-led by Manda Krishna Madiga, while on the other hand, the issue can be used to embarrass both the Union and the TRS governments. It would also focus attention on the conditions of farmers in the State and will try to cash in on the loan-waiver scheme and other populist schemes besides alleged corruption in redesigning of various irrigation projects.

In Andhra Pradesh where the Congress needs to build its foundation brick by brick, it is likely to focus on how the NDA government at the Centre had failed to implement the assurances that were given in the AP State Re-Organisation Act and how the State government had ‘compromised’ on many issues with BJP to remain in power. The other important issues the party would take up are the reservation for Kapus and alleged corruption in projects like Polavaram and other populist schemes.

On the other hand, the BJP, smarter from the Gujarat and Himachal Pradesh elections, is contemplating to go in for micro-management, a strategy that helped clinch the issue in Gujarat. Having sensed that the party had suffered a serious dent in Patidar dominated areas, the BJP national president Amit Shah focussed attention on non-Patidar regions and engaged with disenchanted traders and merchants, who were caught between the devil and the deep sea, opted to sail with the known devil, as a political pundit puts it. As a result, despite not getting whole-hearted support, the party managed to prevail.

In Telangana, the saffron party, it is learnt, has given about three months time to the State unit to take on the TRS and prove its mettle failing which it would start micro-management. The thinking of the BJP appears to be that there could be an unwritten pre-poll understanding with the TRS whereby the ruling party would concentrate on the Assembly seats and come out with flying colours while it should ensure that the BJP gets a large number of Lok Sabha seats. There is every possibility that this kind of proposal would be acceptable to the pink party as well.

The TRS has already started its campaign and is trying to appease and win over various castes, particularly the BCs and most backward communities. The party would be happy to retain its present Lok Sabha seats. It has about a dozen LS MPs. The latest is that it has promised a Rajya Sabha seat and MLC berth to BCs.

In Andhra Pradesh too, the BJP as of now is in no mood to sever its ties with the ruling TDP. While negotiating for a few more Assembly seats in AP, it would insist that the TDP support BJP candidates in Lok Sabha constituencies.

Ironically, a similar unwritten understanding with the major opposition YSRCP is also not ruled out. It would ask the YSRCP not to contest in many Lok Sabha seats and instead support the BJP candidates. A possible quid pro quo arrangement could be going slow on the pending CBI cases against YSRCP leader YS Jaganmohan Reddy. The way the government handled the 2G spectrum case in Tamil Nadu and how the two main accused were acquitted on the eve of RK Nagar by-elections is a clear indication of the kind of micro-management the BJP can go in for.

The TDP can take shield under the guise of ‘Alliance Dharma’ and leave some Lok Sabha seats to BJP if it feels that continuation of the alliance would help them retain power. The Jana Sena Party led by Pavan Kalyan can also play spoilsport for opposition parties like Congress and YSRCP, which are likely to go hammer and tongs at the TDP government on issues like its failure to get special status and alleged high-degree of corruption in Polavaram project. The Kapu reservation would be another issue which the YSRCP would like to exploit.

Though, after Gujarat and Himachal Pradesh victories, Amit Shah may claim that the BJP and its allies won because of ‘politics of performance’ as opposed to Congress’ ‘politics of casteism, dynasticism and appeasement’, the ground realities suggest otherwise.

For Amit Shah, micro-management would mean winning as many seats as possible. At present in AP there are only two Lok Sabha members Gokaraju Gangaraju representing Narsapuram and K Haribabu from Visakhapatnam. The saffron party wants to increase this number to at least 8-10. There is every possibility that the BJP might even think of fielding several independents to ensure that the anti-incumbency votes in the two Telugu states get divided so that the saffron party can benefit in the process.

This was one of the strategies it had adopted in Gujarat to beat the impact of Patidar issue. It is also focussing attention on the Adivasi-dominated areas in the two Telugu states. In TS, the BJP State leaders have already visited the interior areas where adivasis are in large numbers and were trying to win them over by highlighting how the TRS government failed to implement its promise to convert various thandas into gram panchayats.

It feels that the measures taken like the triple talaq Bill getting passed on the floor of the Parliament would help them to win over a good section of Muslim voters across the country in general and in Telangana and Andhra Pradesh in particular. At the same time, it will also unite the pro-Hindu voters. The micro-management is aimed at lapping up Macro benefits, a dream that neither BJP nor Congress wishes to give up. #KhabarLive 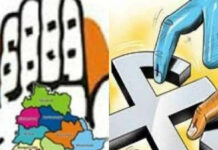 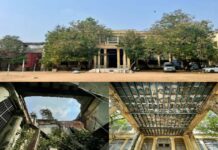