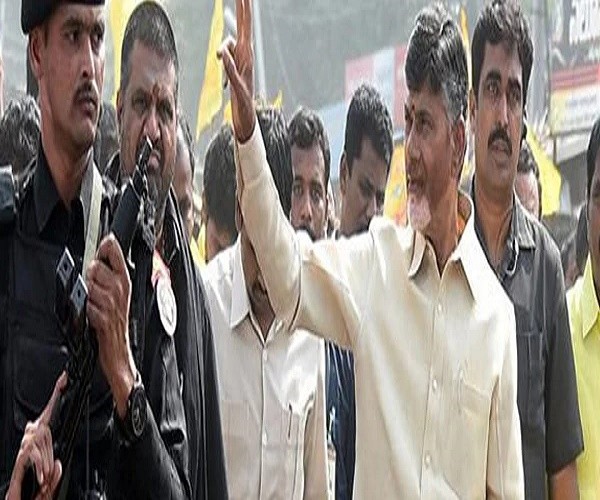 The coming together of the Congress and the Telugu Desam Party (TDP) in the country will predictably have its impact on the local politics, if not the national politics. The Congress which was in dire straits over Rahul Gandhi’s lacklustre performance which always paled into insignificance in comparison to that of Prime Minister Narendra Modi, was looking for acceptability. Rahul is not always a welcome addition to several parties trying to preserve their spaces in their respective States.

Mayawati and Akhilesh are always sceptical about Rahul’s contribution to their chances in elections. Mamata too does not trust Rahul much and does not want to concede space to the Congress even an inch. Naveen Patnaik would not welcome the Congress into any sort of alliance. So, it was godsend for Rahul when Chandrababu Naidu offered him a friendly hand.

A desperate Rahul grabbed it to improve his overall image. He is now basking in the newfound glory of acceptability among the Telugus thanks to Naidu whose shrewd ways gave him a breathing space. Whether or not Rahul and Naidu fight all elections together is a different issue. Their coming together at the national level will always make the Congress a friendly face for AP voters who have all along been highly opposed to the party for the unscientific bifurcation of the erstwhile united Andhra Pradesh.

Naidu’s political expediency has offered Rahul as well as his party a new lease of life in AP now. Whether some leaders in the Congress and the TDP may like it or not is another issue. But, it certainly will help the party survive in Andhra Pradesh. But, it will be too far-fetched to even presume that the TDP and the Congress would fight the elections together in AP. This will not be a wise move on part of Naidu. The reason is the same as in case of Mayawati and Mamata who do not want to join hands with the Congress.

It will not only create problems internally for the party leadership but also will curtail the regional parties’ space. Unlike as in the Congress, the TDP leadership has evolved over three decades and more. Today its leaders are either first generation or second and third generation TDP leaders at the most. Most of these have entered into the political scene through the TDP. Any alliance with the Congress would mean not just sacrifices, but also a revolt on part of the well-entrenched TDP leaders.

On the other hand, the Congress will have nothing to lose and everything to gain. There is no greater ‘dharma’ than ‘swa-dharma’. Hence, Naidu is non-committal on the alliance in his backyard. In this instance, Naidu will find himself in the same league as Mayawati and Mamata. Rahul Gandhi understands this and that is why he has left it to Naidu’s discretion. That is a wiser move. He must be prudent enough to learn from the likes of Naidu who is, perhaps, the best political strategist in the country. #KhabarLive