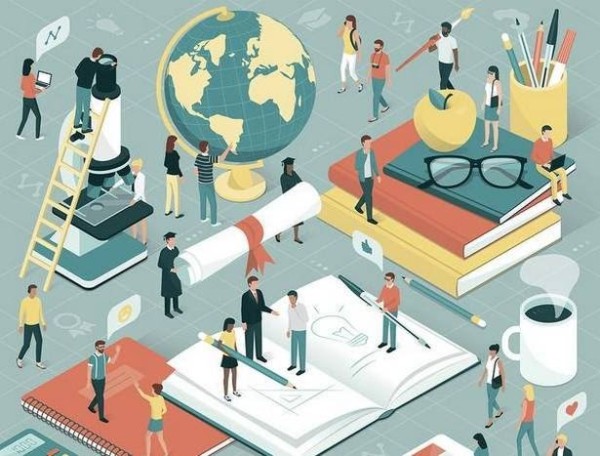 The stage is set for a long overdue overhaul of higher education in India.

The Prime Minister’s vision to create 20 institutions of eminence and the Ministry of Human Resource Development’s reforms push have set the stage for an overhaul of higher education in India that is long overdue. The HRD Ministry first saw the passage of the Indian Institutes of Management Bill, 2017, which will extend greater autonomy to the IIMs. It followed this up with reforms in the rules and regulations of the University Grants Commission (UGC), giving autonomy to India’s best-ranked universities and colleges. Subsequently, the Union Cabinet approved the continuation of the Rashtriya Uchchatar Shiksha Abhiyan, which has been working quietly to improve the quality of higher educational institutions in the States through outcome-based grants.

The time is now ripe for another change: to replace the UGC Act, 1956, with a new law that should respond to the current needs of higher education. Such an Act will take forward the reforms adopted until now, remove the clutter of regulatory agencies under the HRD Ministry’s purview, and pave the way for the emergence of high-quality higher educational institutions.

Categories of universities
The new Act should establish a higher education regulatory commission (HERC), which will subsume the functions of all the three existing regulatory agencies under the HRD Ministry. Recognising the critical role of States in higher education, it should further establish an advisory council consisting of representatives of all States and the Central government. In addition, it must have as members leading educationists from diverse fields. The council should advise the HERC on all matters, though the final decision-making power needs to be vested in the Commission and its different bodies.

The HERC should not be in the business of writing curriculums for universities and colleges. Under the proposed Act, Category I universities will be free to write their own curriculums. In addition, they will oversee the curriculums of the colleges affiliated to them.

Tasks of the Commission
If this reform is adopted, a major function on which the UGC currently spends a vast amount of time will be eliminated from the responsibilities of the HERC. This will leave the HERC with two major tasks: decisions on the disbursement of funds and accreditation. To fulfil the first function, the HERC should have a finance board. To discharge the second function, it should have an accreditation board. Both these boards should have full autonomy in discharging their functions once the broad policy is formulated at the level of the Commission. Presidents of the boards should be ex-officio members of the Commission.

ALSO READ:  Experts Opined As The 'Electoral Bonds' Are Sheer 'Threat To Democracy'

The HERC should formulate guidelines for the establishment of new institutions. A new institution should be able to enter on honor basis once it posts in a transparent statement on its website explaining how it has satisfied all the criteria stipulated by the Commission. The HERC should have the power to review whether the entering institution has genuinely fulfilled all the entry criteria, and in cases of deviations from the criteria, to close it down.

The Commission in cooperation with the finance board will also develop guidelines for funding universities and colleges. Once these are framed, the board will have autonomy in implementing them. The Commission must also formulate policies on tuition fees and teacher salaries. The Act should explicitly provide for independent efforts by institutions to raise funds and even incentivise such efforts by providing matching funds via the finance board.

The HERC will have a secretariat to maintain a separate grievance and redress office. The office will receive complaints from students, the faculty and university authorities. While routine complaints can be dealt with at the level of this office, those with wider ramifications will be brought to the Commission.

Finally, the Act must also chart a path to integrate teaching and research. The separation between teaching at universities and colleges and research at research councils has not served the cause of either higher education or research well. To be motivated to do research, students must have access to state-of-the-art laboratories and opportunities to interact regularly with scholars actively engaged at the frontiers of research. Conversely, scholars stand to benefit from interacting with young, inquisitive minds. It is critical for this interaction to be brought to the centre of university education. #KhabarLive