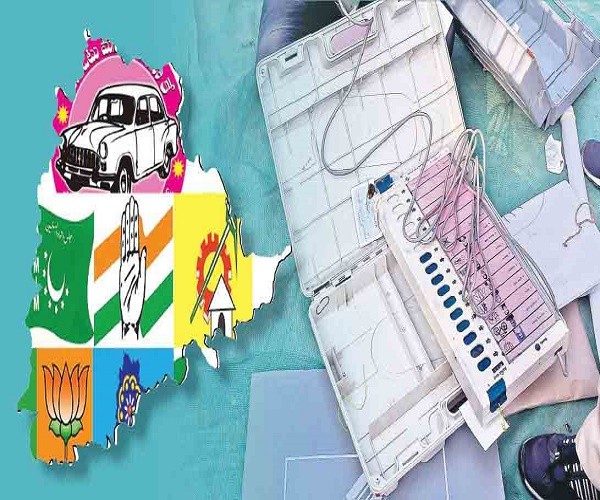 It’s the EC, which decides on election dates and the PM does not fit into the process constitutionally. Whenever Telangana Chief Minister K Chandrashekhar Rao visits New Delhi and meets Prime Minister Modi to pursue for early approvals for long pending State issues, the media goes overtime gossiping about early elections to the Assembly.

The prediction of media ‘astrologers’, may, however, be worthwhile only to analysts addressing the pros and cons of dissolution of Assembly and early polls. But it is the Chief Minister’s prerogative to recommend dissolution and take a decision at the appropriate time of his choice.

In India, mesmerising the voter with false and impractical promises is taken for granted. Since the first general elections, this has gone unchecked. Even the Election Commission fails to prevent political parties from indulging in false promises. Consequently, it’s the voter who becomes a victim.

Take, for instance, the promises being made by the opposition party that was in power in the State for most of the time that they would waive agriculture loans to the tune of Rs 2 lakh in one go, double Aasara pensions, give unemployment allowance, etc, if voted to power, which is ridiculous.

Election Commission
In the 2009 elections too, the same party made false promises, won the elections and did not fulfil them in their full five-year term. If with these copious promises the voter is misled, an unfortunate situation might arise. Then will the result not be a hindrance to the ongoing welfare projects of Bangaru Telangana, including Mission Bhagiratha, Mission Kakatiya, Rythu Bandhu, Rythu Bhima, etc.

Telangana was achieved after a prolonged struggle and has to make a long journey. The State government is doing a lot for the welfare and development of the people. There is, of course, a lot more to be done. Power problems have been overcome and the State is proceeding towards surplus power. What about taking further forward the industrial policy of single window? Rythu Bandhu and Rythu Bhima schemes need to be strengthened further. And for all these, we need a visionary governance.

Doubts and Rumours
Against this background, the question is, when and who can dissolve the Assembly? Assembly can be dissolved when the leader of the ruling party makes a recommendation to the Governor. The prerogative and timing entirely rest with the leader of the majority party. If the news of dissolution that is appearing in the media has any credibility, then, the Chief Minister Telangana has the absolute right to recommend to the Governor, if he wishes to do so without assigning any reason since he has the trust and confidence of majority of the legislature.

The Prime Minister has no role in this and does not fit into the process constitutionally. Probably those who pose doubts may be thinking that the Prime Minister might influence the Election Commission and see to it that the elections are not held as desired and expected by the Chief Minister. But what benefit does the Prime Minister get by doing this and why should he resort to it?

The Constitutional Position
As per the Constitution, not more than six months must lapse before two sessions of Legislature. This means that the Election Commission has no alternative and is bound to hold the elections such that a new government can take office within six months of the dissolution of the previous Assembly. According to Article 172 of the Constitution that specifies the term of Legislature, every Legislative Assembly of every State, unless sooner dissolved, shall continue for five years from the date appointed for its first meeting.

The Gujarat example and the then decision of the Election Commission cannot be quoted in the context of Telangana. Modi, then Chief Minister of Gujarat, consequent to riots of 2002, and at a time when BJP governments were in control in both New Delhi and Ahmedabad, decided to dissolve the Assembly on July 19, 2002, and seek a fresh mandate of the people.

The EC took the view that although Article 174 required the election to be held within six months from the last session of the dissolved Assembly, this was not possible because the State was still in turmoil, the electoral rolls were not ready, and the electoral machinery needed reinforcement. However, when President referred the matter to the Supreme Court, it held that the six months within which elections were to be held was from the date of dissolution of the Assembly.

This thus holds good in the case of Telangana too and if the Chief Minister takes a decision to dissolve the Assembly sometime in September, as has been reported in the media, the elections are bound to be conducted before March 2019.

However, since the elections are due sometime before December 2018 for the States of Mizoram, Chhattisgarh, Rajasthan and Madhya Pradesh, the Election Commission may hold elections in Telangana too simultaneously. That is, only if Chief Minister K Chandrashekar Rao prefers a dissolution of the Assembly and seek a fresh mandate, a few months earlier than scheduled. #KhabarLive