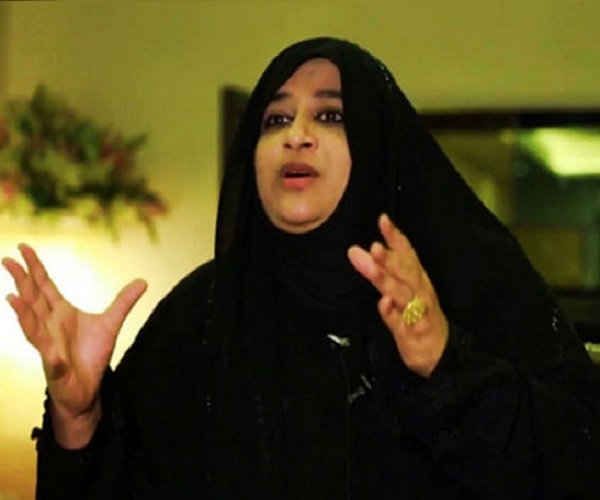 Supreme Court lawyer Vineet Dhanda, who was defending Heera Gold Managing Director Nowhera Shaikh, withdrew in the middle of the case after differences emerged between the two over payment to investors and depositors.

Nowhera Shaikh is in police net since October 15, 2018 when she was first arrested in New Delhi. From New Delhi she was brough to Hyderabad and since then she is being arrested into custody by police of various states.

Nowhera Shaikh heads a number of firms and promising heavy returns she was able to collect a huge amount of money in the form of deposits and investment. She was arrested following the complaints by some investors who accused her of cheating and duping.

“I can no longer see the sufferings of investors. I am withdrawing from the case on ethical and moral grounds”, Vineet Dhanda said while talking to #KhabarLive.

He said Nowhera Shaikh had assured to release 200 crore rupees to investors but backtracked after other lawyers advised her not to do so.

“SC judges are asking us to release the payments. I had made assurances in the court. But, after Nowhera Shaikh declined to abide by the assurances I had given to the court, it became difficult for me to continue as her lawyer”, Dhanda said.

Advocate Irfan and Advocate Tamanna could not be contacted for their response.

Vineet Dhanda also said that the whole family of Nowhera Shaikh has gone underground and there is no one to talk with.

“Where is Ismael Shaikh, Nowhera Shaikh’s brother? He used to be one of the signees on the cheques. Where are other members of her family? There is no one with whom we can discuss the case”, he said.

Meanwhile, Nohwera Shaikh continues to be under police and judicial custodies in various cities. Last week she was produced in a court in Aurangabad. During the hearing, her lawyers requested the court to defreeze the accounts of Heera Gold and other firms. They also asked the court to allow her to sell her properties if required to return the investors’ money. #KhabarLive