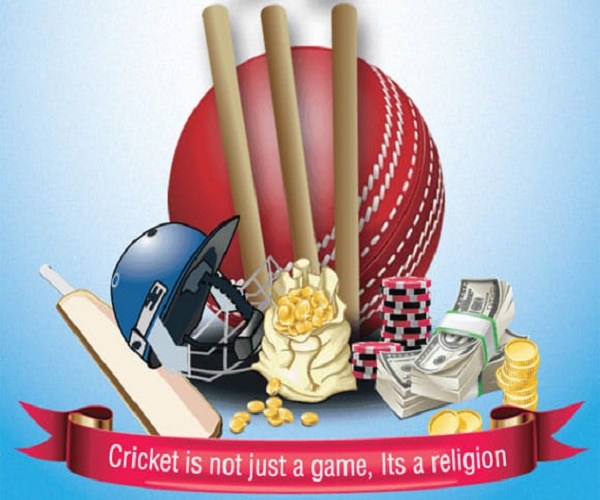 The inside view of the dark world of cricket betting is too scary, bu the obsession to earn fast buck will make you drowsy. When Chitti looks at his mobile phone during the day, he’s rarely making a call, playing a game or watching a video. Instead, he’s staring at his cricket live view (score) mobile apps.

28-year-old Chitti, a native of Miryalaguda town in Telangana’s Nalgonda district, is unemployed and holds two post-graduate degrees. Like many others in the town, online cricket betting has become an obsession and an easy way to make money. Chitti’s betting is not just confined to Indian cricket either. He follows cricket of any kind in any nation, from Pakistan’s domestic cricket league to women’s cricket matches.

In 2017, the state passed the Telangana Gaming Act 2017, which prohibits betting both online and offline. Though a few online rummy firms approached the High Court to strike down the act, the court upheld the ban. Yet, despite the ban, Chitti is not alone in his dependence on gambling, with scores of individuals across the state taking part in betting rings.

From the unemployed to daily wage workers to the wealthy, sports gambling is a universal pass time. But when the chips are on the table, it’s the underprivileged who suffer worse than all others.

“I put money in lakhs, initially I made huge money. However eventually ended up with losses,” a mobile mechanic told #KhabarLive. He has lost nearly Rs 12 lakh in betting, and is now looking to make his money back.

There are three categories of gambling that Chitti partakes in: local-level bookies, betting websites, and within friends and peers. “Everything is managed in the phone and through cashless transactions, unless the money is in lakhs. I would call the sub-bookie, he tells me the rating, and I would bet accordingly,” he said. According to Chitti, the bookies do not operate from a permanent location in the state. They will change locations and phone numbers to avoid getting caught.

Chitti also maintains accounts in cricket betting websites that operate in countries where betting is legal. He buys cryptocurrency, which can cost Rs 100 per coin. “There you need to invest a minimum of Rs 10,000,” he added.

At first, Chitti refused to reveal how much money he had made out of betting. However, his wife said that she noticed Rs 3 lakh was missing from her account. When she asked her husband, to her utter shock, he divulged that he had lost the money while gambling. He accessed her account through online banking.

“Recently, we sold our home to clear our debts. I deposited Rs 5 lakh in the bank, which was left with us after clearing our debts,” she said.

Another way of cricket gambling is when people organise their own groups. One person is designated as the “line,” while the rest would call him and he would arrange the bets. He also charges a 5 percent commission on each side.

Though the state police try to monitor gambling activities during the IPL and Indian international series, officials admit that there is little vigilance during the rest of the time.

India’s unemployment rate reportedly hit a 45-year high in 2017-18, but a high-ranking police source told #KhabarLive that he did not believe that unemployment was fueling the state’s gambling problem. “They want to gamble and they chose cricket as a medium. As simple as that. It is highly difficult to nab them. Gambling is in various forms. For that, matter, they even bet on elections,” he said.

However, he noted that legalising gambling in the state would bring money for the state’s exchequer. “In Las Vegas gambling is permitted. The people would not look into other forms for gambling,” he added. #KhabarLive