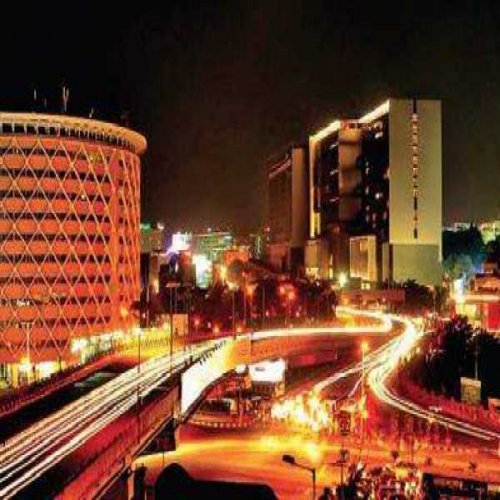 Always, taking Hyderabad’s IT sector to the next level is imperative for the key sector to log consistent growth in the long run. Further, it should have a bellwether IT company of its own. It lost one when Satyam Computers landed in crisis a few years ago. Will the city’s startup ecosystem throw up one?

As the youngest State of India, Telangana recently entered its seventh year of existence. A lot has changed in the past six years.

The newly-created State made significant strides in the agriculture sector too. However, the crowning glory of Telangana’s performance in the past six years lies elsewhere. And it’s in the information technology (IT) sector. Yeah, that’s right. Telangana has consistently outpaced India’s growth year after year when it comes to IT exports.

When Telangana came into existence in June 2014, annual IT exports from the new State were at Rs 57,258 crore. However, the IT sector did not show any signs of slowdown even though the bifurcation process of Andhra Pradesh was underway.

The growth was only 8.09 per cent at the national level. That means the Telangana’s IT sector grew at more than double the rate at which country’s IT exports went up in FY20. That had been the case in previous years too.

The State’s share in national IT exports increased to 11.6 per cent in the last fiscal year from 10.6 per cent in FY19. Further, Telangana’s IT exports more than doubled and the State added over 2.1 lakh new IT jobs in a matter of six years. These are not small achievements.

However, it goes without saying that as the country’s leading IT hub, Hyderabad played a key role in Telangana’s phenomenal success in the IT sector.

But Hyderabad’s association with IT is much older and longer than Telangana as a State. It’s pertinent to recall here an incident that happened in 1996. The then Andhra Pradesh Tourism Director G Kishan Rao took a group of journalists in a rickety government-owned mini bus to a far-flung place beyond Jubilee Hills on the city outskirts.

That empty stretch of land was strewn with big boulders and what not. I was part of that short press tour. Rao took us around the land and explained how the government planned to develop it into a craft village on the lines of one that came up in Tamil Nadu.

Politics apart, the credit of bringing the IT sector to Hyderabad undoubtedly goes to Nara Chandrababu Naidu, TDP president and the then Chief Minister of undivided Andhra Pradesh.

Dubbing himself as the CEO of AP, he hard-sold the city as an attractive destination for IT investments and succeeded in bringing Microsoft’s R&D centre. Thereafter, the City of Pearls never looked back as one IT major after another put up their campuses around Cyber Towers and beyond.

Naidu also spent a large chunk of funds on developing infrastructure in the city. However, his excessive focus on the city’s IT hub, now known as Hitec City, cost him dearly in the 2004 Assembly as he could not spend much on welfare schemes.

Congress leader late Dr YS Rajasekhara Reddy, who replaced Naidu as CM also played a pioneering role in the IT sector’s growth in the city.

It was during his tenure that the City of Pearls got world class infrastructure in the form of international airport at Shamshabad and PV Expressway that connects the city with the airport. Outer Ring Road is also his baby.

So, by the time Telangana was carved out of AP, with Hyderabad as its capital, the city already emerged as the second biggest IT hub in the country after Bengaluru. However, the credit of maintaining growth momentum and putting the sector on a higher growth path post the bifurcation, goes to Kalvakuntla Taraka Rama Rao, known as KTR.

IT Minister, a politician of classy traits and the son of KCR, young KTR succeeded in bringing several global tech biggies such as Apple, Amazon and Google to the city. Some of these have their biggest campuses outside their headquarters in the US, in the city.

KTR achieved this despite not having a good team at his disposal. He is also instrumental in putting the city on the country’s startup map through T Hub and other similar initiatives.

But like in other parts of the country, the ongoing Covid-19 crisis has put brakes on the city’s march in the IT space. Though most of the IT companies adopted a work-from-home strategy to tide over the crisis in the short term, industry insiders say companies can’t run operations for long in this fashion.

Furthermore, Indian IT companies which rely on the outsourcing of software projects may face more challenges as countries like the US are likely to impose more curbs on the outsourcing to generate local jobs. That way, the IT sector may undergo significant change and face newer challenges in the post Covid world.

In this backdrop, a course correction is needed for the Hyderabad IT sector and it should move away from mundane outsourcing and software development to technologically-challenging product development.

The future growth of IT in the city hinges on attracting such companies and taking the sector to next level terms of technologies. The city should also have a talent pool which can handle advanced technologies.

Further, there is also a need to focus on removing infrastructure bottlenecks and see to it that the city’s advantage that it offers affordable commercial space and abundant talent pool, is not lost.

Further, the Telangana government’s efforts to spread IT sector around the city through ‘Look East’ policy, and to take the sector to Tier-2 cities, are unlikely to yield desired results. Further, creating infrastructure of the standard that Hyderabad’s current IT hub has, is not an easy task.

At the most, they will play a complementary role. Instead, the government should free up more land towards the western part of Hyderabad where the IT sector is now based. That will enable the city to attract more IT investments.

However, taking Hyderabad’s IT sector to the next level is imperative for the key sector to log consistent growth in the long run.

Further, it should have a bellwether IT company of its own. It lost one when Satyam Computers landed in crisis a few years ago. Will the city’s startup ecosystem throw up one? #KhabarLive #hydnews