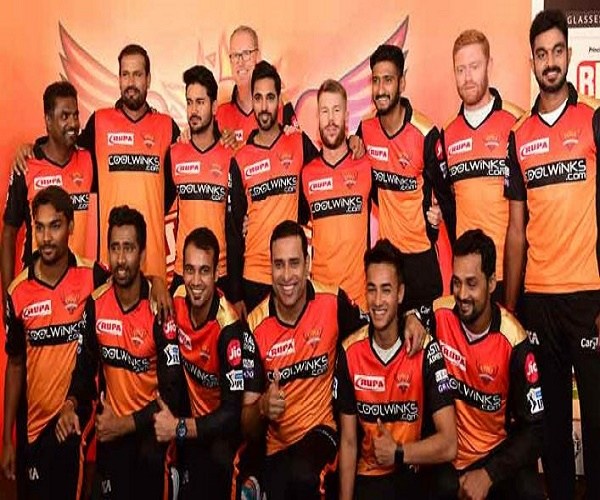 Ending all speculations, Sunrisers Hyderabad head coach Tom Moody on Thursday revealed that New Zealand skipper Kane Williamson, who was a doubtful starter for the IPL due to a rare grade 1 pectoral minor tear, has recovered well and will lead the Orange Army in the IPL 2019 starting on March 23. Williamson led SRH to the finals last season and was also the Orange Cap holder with 735 runs.

“We felt that Kane Williamson did a wonderful job last season. We decided not to tinker much as we are already a settled unit. The only concern we had was regarding his injury. Williamson is a world-class player and a great leader and I’m sure that he will continue to do well,” Moody said.

The former Australian all-rounder was speaking at the jersey giving event for the new signings. Williamson and New Zealand opener Martin Guptill will join the SRH squad soon.

Talking about the selection headaches, the SRH coach said it is good to have various options in the squad and added that they will take a call on the eleven depending on the conditions and the nature of their opponents.

Sunrisers mentor and former Indian batting great VVS Laxman said the return of Australian left-hander David Warner is going to make a big difference in the side. “I am happy about his return. His leadership skills are unmatched and I have seen Warner grooming several youngsters in the squad. I also believe that the punishment given to Warner for the Cape Town episode was not right. I am sure that he will continue to contribute well for the team,” Laxman said.

Laxman also added that IPL is a great platform for youngsters and SRH side is happy that several of their relatively new players made use of the exposure given by IPL to get into the national squad.

Talking about the player exchange of Indian opener Shikhar Dhawan with the Delhi Capitals Laxman revealed that it was a conscious decision to leave Dhawan as per his request and added that the left-handed opener’s absence is not going to affect the team combination as they have several backup options in England wicketkeeper Jonny Bairstow, Guptill and Wriddhiman Saha.

Sri Lankan spin legend and SRH bowling coach Muttiah Muralidharan said Hyderabad bowling unit is one of the best in the IPL. “Last season we lacked something spin bowling despite the presence of Rashid Khan. That is why we bought left-arm spinner Shahbaz Nadeem and we also have young Abhishek Sharma who can bowl a bit,” he said.

The new additions to the SRH squad Jonny Bairstow, Vijay Shankar, Shahbaz Nadeem, Abhishek Sharma and Martin Guptill who is due to join on Friday were introduced during the event. #KhabarLive