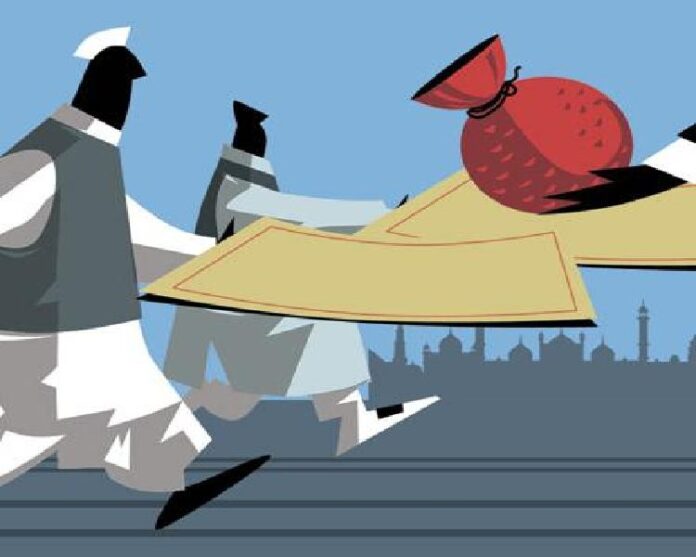 Recently, the finance ministry starts the sale of the 18th phase of electoral bonds, ahead of the assembly elections in several states, political leaders and transparency activists have once again raised their voice in protest.

Anonymous funding through these bonds, they argue, is adversely impacting the transparent and fair electoral process. They have also urged the Supreme Court to expeditiously take up the petitions which had challenged the constitutional validity of this electoral bonds scheme.

The ministry announced that the sale of the electoral bonds, which are interest-free banking instruments, would be undertaken at 29 specified branches of the State Bank of India in multiples of Rs 1,000, Rs 1 lakh, Rs 10 lakh and Rs 1 crore from October 1 to 10.

Reacting to the development, Communist Party of India (Marxist), about how the Election Commission had in 2017 raised concerns regarding the Electoral Bonds. They hoped that the Supreme Court would expeditiously hear his petition in a similar matter.

In July this year, the Communist Party of India (Marxist) had moved the apex court seeking urgent hearing of a batch of petitions that had challenged the constitutional validity of the electoral bonds scheme. In its petition, the Left party had stated that the matter pertained to “the right to know and have information of who, rather which entities/corporations are funding our political parties, potential quid pro quos, corruption, etc.”

A number of petitions have been pending in the matter before the Supreme Court since 2018. The apex court has twice refused an interim stay on the scheme – the latest instance being on March 26 this year, when then Chief Justice S.A. Bobde refused to stay the scheme on a petition filed by the NGO Association for Democratic Reforms (ADR).

Opposition parties have insisted that the electoral bond scheme allows large anonymous donations to political parties, and this undermines the essence of democracy. The CPI(M) petition had also averred to this aspect, saying, “It is important for a functioning democracy to have a transparent system of political funding. Since the adoption of the Electoral Bonds Scheme in 2018 pursuant to the abovementioned amendments, there has been a massive amount anonymous donations which challenges the very core of our democratic functioning.”

The scheme has also been criticised for the manner in which it was structured. It is said that the removal of a limit on corporate donations that existed earlier, and allowed donation of only 7.5% of three-year average net profit, has since allowed businesses to make anonymous political donations.

The ruling TRS Party in Telangana has been the biggest beneficiary of the scheme thus far.

As reported by #KhabarLive in August this year, the pink party received about three-fourths, or 76%, of the electoral bonds sold in the financial year 2019-20.

Citing data from the Election Commission, reports had come out with as per which Congress was a distant second getting just 9% of the total bonds sold during the fiscal year. In all, electoral bonds had netted Rs 3,355 crore in in 2019-20.

Another report by ADR in August this year had stated that over 70% of the income of the political parties was coming through unknown sources, including electoral bonds. It said the political parties garnered Rs 3,377.41 crore from such sources in 2019-20, which amounted to 70.98% of their total income.

It added that while the parties need money for their expenses, an analysis of their Income Tax returns and donation statements filed with the Election Commission revealed that most of the sources of such income were never revealed.

The report also said that such anonymous donations become possible since the political parties do not have to reveal names of individuals or organisations giving less than Rs 20,000 and neither do they have to disclose the names of those donating through electoral bonds.

Stating that the unknown income was generated through various means such as ‘donations through Electoral Bonds’, ‘sale of coupons’, ‘relief fund’, ‘miscellaneous income’, ‘voluntary contributions’, and ‘contribution from meetings/morchas’, the ADR had recommended that a  body approved by the Comptroller and Auditor General of India and the Election Commission of India should conduct the scrutiny of financial documents submitted by the political parties.

Over 92% electoral bonds sold are of Rs 1 crore denomination

Meanwhile, transparency rights and RTI activist Commodore Lokesh Batra (retired) told #KhabarLive that an coutywide analysis of the data has revealed that over 92% of the electoral bonds sold were off the Rs 1 crore denomination, which was the highest denomination allowed.

“Think of who can buy electoral bonds of Rs 1 crore denomination. It is not ordinary citizens like you or me but only big companies who have eyes on bigger returns. And that is where corruption begins,” he remarked.

The data, he said, also revealed that after the Rs 1 crore denomination bonds, the second highest sale was of the Rs 10 lakh value bonds of which 5,494 were sold. These total realisation through these bonds was 7.36% of the total sales. As for the Rs 1 lakh denomination bonds, as many as 1,886 of these valued at 0.256% of the total sales were sold.

Batra said “transparency is the foundation of a democracy that requires a ‘free and fair’ electoral process. For that people have the ‘Right to Know’ the candidates and the political party well. Also, this demands that there should be transparent political funding since anonymous donations through electoral bonds creates an uneven political playing field.”

Batra also revealed that in the previous 17 tranche of sale of electoral bonds between 2018 to July 2021, a total of 14,363 bonds were sold while 14,217 of these were subsequently encashed. The total value of the electoral bonds sold was Rs 7,380.63 crore while the total value of bonds encashed was Rs 7,336.03 crore. In all, he said, bonds worth Rs 20.28 crore were not encashed and were subsequently transferred to the Prime Minister’s National Relief Fund. #KhabarLive #hydnews