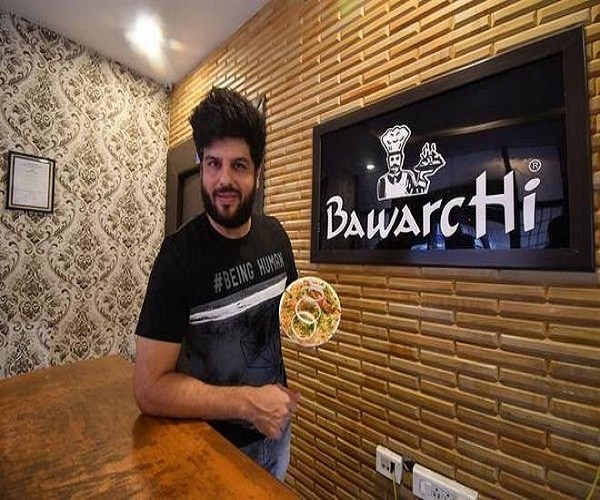 The best biryani available at Bawarchi at RTC X roads area in Hyderabad. Salman Mansoori was not looking forward to running a biryani joint, while he was growing up. “Why should I,” he questioned himself. As a young boy he was not aware of the popularity of the brand — Bawarchi, the iconic places for biryani in Hyderabad.

Even then he was aware of the fact that Bawarchi had no branches and still doesn’t have one. “I really didn’t get it why other businesses copied our name in different ways,” laughs Salman. No branches also mean, the family business concentrates and pays attention to quality and smooth functioning of the food business.

Located at RTC X roads, biryani lovers don’t need the help of maps to get here. What makes the dum biryani special here is the smoky flavour, the right amount of spices and the soft long-grained rice. “To me, all this was what I saw everyday. I didn’t know why it was so important to take pride in being a leading biryani chain,” points out Salman.

Whether he liked it or not, his dad — Jaffer Mansoori made sure Salman was at the restaurant, spending some time and learning by observing. “My college was nearby, so after college, dad made it mandatory for me to be present at the restaurant. I was all of 17 years and had no choice. Now I think, the lack of a choice was a good thing. I started learning about the business and about customer care by watching my dad and staff do their work early on,” adds Salman.

Twelve years later, Salman now takes care of Bawarchi after his dad’s demise. Anyone who drives past the restaurant during lunch and dinner times witnesses a sea of delivery executives queuing up to pick up orders. “This is also a big problem for diners. Many people don’t like the idea of having to push their way through huge number of online delivery executives, so we have started a new restaurant opposite Bawarchi, an extension mainly for families,” he explains.

ALSO READ:  Why 'Food Aggregators' Can’t Just Get Away With Substandard Deliveries In India?

Salmaan however, makes sure to add that their old joint continues to treat the diners well. The management keeps a hawk’s eye on people who might be upto mischief, and takes care that women are comfortable there. “This vigil is a part of all Irani cafes and it makes me proud to say so. This is possible because at any point of time, one or the other male family members of the owners are around. This helps us to take care of customer, good service and attending to complaints the moment it is raised,” says Salman.

As a younger owner Salman brings with him ideas to share the tradition of Irani cafes with food lovers and those who are forever seeking to know more. “We were a part of the shoot where Gary Mehigan filmed for his latest food show. We want to show how it’s a big deal dum biryani is for Hyderabadis and that we take pride in our food culture,” says Salman.

Answering queries about Bawarchi being under the radar of health and sanitation department some years back, Salman says, “I cannot comment on what happened. We have hosted chefs like Gary Mehigan and Kunal Kapur in our kitchen and to be filmed for national and international TV, we have to have very high standards of sanitation and good kitchens.” #KhabarLive