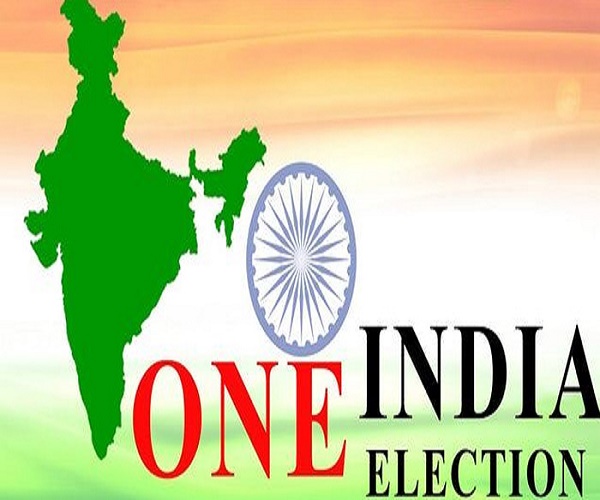 This is a quintessential time to move the most important and path-breaking political and electoral reform for India. One Nation & One Election can be a game-changer for the nation. It can directly and positively impact welfare, service, growth, governance delivery and inclusive development.

India is a unique nation. Its democracy, demographics, politics, economy, civic problems are quite different from any other nation on the earth. To continue on the same beaten path adopted from its colonial past does not serve India and its people well. There is no great science or reason behind erratic election schedules year on year across the nation, which India adopts today. It’s just an acquired acceptance of a system over decades of repeated implementation. No one questioned it, so it continues unchallenged.

In fact, the current electoral system is the most faulty, corrupt and inefficient one. It’s highly questionable that the Election Commission of India has not initiated any large or substantive electoral reforms in the last 70 years except switching from physical ballot to Electronic Voting Machines (EVMs).

Did the voter demographics, economy, politics, electoral ecosystem not change in the last 70 years? Can the same old system serve the fourth or the fifth generation of Indians? Shouldn’t there be a more efficient system which needs to evolve for conducting elections across the nation?

After seven long decades, the incumbent central government headed by PM Narendra Modi has showed courage to question the status quo in reference to this much-needed electoral reform in India. It has initiated a discussion on the above powerful questions for the first time ever in independent India. Indians across the spectrum should invite this reform and discuss its merits.

One Nation – One Election is not just an electoral reform, it is a political, social and economic reform, too. ‘Elections’ are central to all corruption in India. Every election is an opportunity to indulge in massive corrupt practices across board.

Electoral politics in India has grown over a period of time to be quite expensive. It’s not just the only reason why intelligent, educated, ethical youngsters shy away from mainstream electoral politics; Indian politics is also highly unethical, unhealthily competitive, loaded towards money and muscle, and certainly hateful and divisive.

There is a universal norm that one has to be essentially corrupt to be in electoral politics of India, by now it has also been established as a rule after every other election. The average expenditure of an MLA contestant has reached 6 crores and that of an MP contestant to around 15 crore.

How can someone who wishes to only ‘serve the society’ spend this kind of money for an electoral win? Not to mention there might be 3 to 4 serious candidates spending similar amounts in the fray. It’s quite clear that electoral spends have special interests and not just serving the constituents. More the number of elections, the merrier it is for those who benefit from these handouts.

A disaster of democracy is in the making. The electoral politics of India has even corrupted the voter by now. There is an increasingly demanding voter in the rural and semi-urban regions across India. No, they are not demanding their civic rights or funds for their constituency development.

They are demanding a price for their electoral franchise; they are demanding ‘notes for their votes.’ Social groups, work groups, professional bodies, caste associations and even residential associations are seeking electoral bribes from political contestants openly and brazenly. In some states down south, contestants are already spending Rs 1,500 per vote and in a recent assembly bypoll in Chennai, there was an open talk of Rs 6,000 per vote paid to each voter to ensure a perfect win for an independent candidate.

When a democracy gets to this low point, where even the voter seeks money to exercise their franchise, corruption certainly has reached the last and the lowest point in the electoral ecosystem. One can certainly imagine quality of the elected representatives who will be elected through this unscrupulous process. One Nation – One Election might not instantly deal with this rampant electoral corruption, but it will certainly kick-start a change with lowering the frequency of this practice. Less number of elections; less corruption.

In a democracy, any massive social change is primarily possible through decisive political reforms. It’s not the other way round. Changing the society involves a larger concerted movement, but bringing change in the way politics is practised and elections are conducted can be reformed quickly through tougher, newer laws and through implementation of new electoral methods and systems. One Nation – One Election is a foolproof system to bring in the needed social reforms through this one large political and electoral reform.

It’s not very hard to assess that if State Assembly & Parliamentary elections can be conducted simultaneously once every 5 years, the human and economic costs for this nation can be cut down by many times. The efficiency of both central and state governments will go up many notches high, with the continuity of governance and welfare delivery without regular interruptions.

There are not many metrics to actually assess how much downtime and how many millions of man hours are lost due to regular and intermittent elections across the nation. The opportunity cost of losing precious execution time for major policy decisions for growth and development of this nation is unquantifiable.

It’s not fair for an elected central government to go through a ‘Fire Test’ every time there’s a state assembly election during its constitutionally stipulated 5-year term. The subsequent electoral outcomes cannot be considered as people’s judgment against the incumbent central government. However, as politics is mostly driven by perception, the electoral outcomes from intermittent state assembly elections and, especially, the negative outcomes can weaken the central government and reduce its strength to deliver their governance agenda.

No matter which party is in rule, this situation presents a challenging proposition and certainly drives the incumbent government to focus more on winning state assembly elections sprayed across their 5-year term than focus on the governance agenda for which they have been popularly elected.

The impact of these intermittent elections across the nation not just drains the economy of the nation through direct impact of slowdown in national governance implementation but also indirectly impacts the pace of administrative and transformational initiatives.

Rising above party ideologies, petty political expediency, prospects of winning or losing, political parties in India must take a serious look at this historic opportunity to make a path-breaking reform to the current colonial, beaten down, self-defeatist electoral system through decisively supporting ‘One Nation – One Election’ proposed by the Narendra Modi government.
By successfully passing ‘One Nation – One Election’ bill when presented in the parliament, India will save on not just money, man-hours, governance interruptions, and administrative lags, but also its core democratic values. #KhabarLive