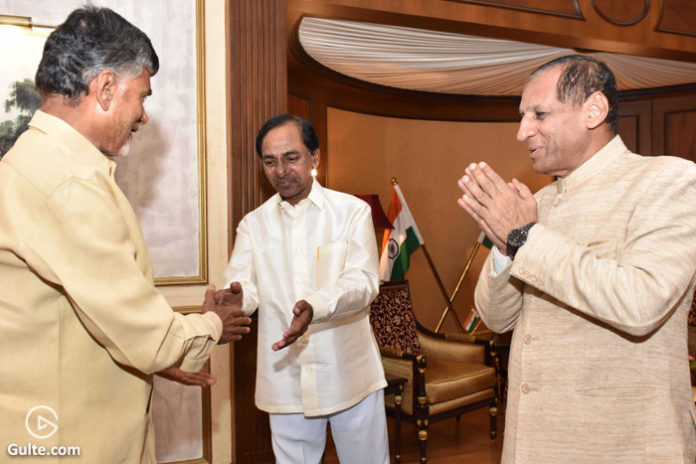 The ongoing political developments in two Telugu states of Andhra Pradesh and Telangana put the centre in big trouble.

As the two states decided to fight against the union government on their demands in Parliament in the budget session begins March 5, Prime Minister summoned Governor ESL Narasimhan.

Governor left for New Delhi on Saturday to meet Prime Minister Narendra Modi and other union ministers also. He will stay for two days in national capital.

Narasimhan will explain PM the growing discontent in Telugu states on BJP for its failure in fulfilling the promises. Andhra Pradesh had been demanding special status. The ruling TDP and opposition YSR Congress already announced action plan against the centre.

Telangana Chief Minister K Chandrasekhar Rao also decided to wage a battle against the centre for not accepting the demand for more funds and enhancement of reservation to tribals and Muslims.

Narasimhan will also submit a report to centre on the political developments took place in the recent times in two states. #KhabarLive