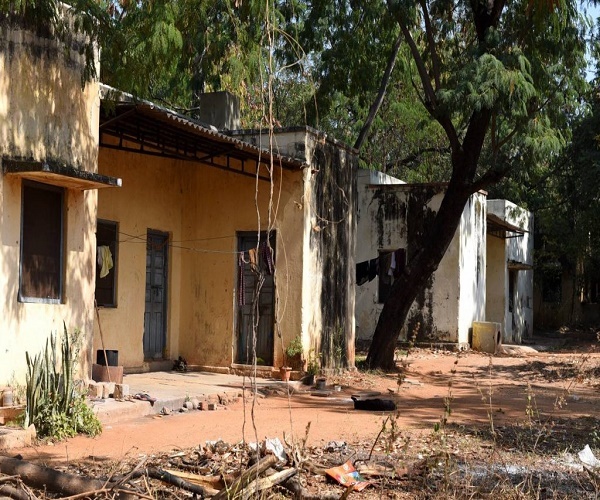 In a classic case of the proverbial fence eating the crop, a section of non-teaching staff of Osmania University (OU), who are supposed to safeguard properties of the varsity, were found to be staying illegally in the varsity quarters.

The sprawling OU campus has 246 non-teaching quarters, of which 70 have been illegally occupied by a few regular, contract and outsourcing non-teaching employees of the varsity. After a thorough counselling by the administration followed by continuous patrolling by the varsity security, about 60 quarters were vacated, but the problem still persists with the remaining 10 quarters.

Recently, the university could manage to evict persons from one quarter meant for non-teaching staff. However, according to varsity officials, the illegal tenant left with the doors of the house!

Many of these illegally occupied houses have the main doors locked from outside, with the tenants using the rear door.

The Sixth Pay Revision Commission, which increased house rent allowance, deducted the HRA benefit for those staying in official quarters. This led to a majority of the teaching faculty moving out of the quarters, after which the number of vacant houses went up.

However, what has stunned the varsity administration was the discovery that some employees were hand in glove with outsiders, allowing many to use the quarters. In some cases, workers allotted to work in the quarters had become occupants.

“Many of these illegally occupied houses have the main door locked from outside, with the illegal tenants using the rear door,” says a teaching staffer residing in one of the quarters, adding that the presence of illegal tenants was proving to be a threat to genuine residents.

There have been a few cases of theft of late, he said. The varsity administration, meanwhile, says it has warned illegal occupants of legal action if they fail to vacate the quarters. The administration is making a list of employees who have officially been allotted the quarters, and those who are staying there illegally. “This list will be shared with the police and the illegal lodgers will be evicted,” a senior OU official said.

In some cases, varsity authorities forcefully evicted a few illegal tenants as repeated counselling sessions had no effect. While some non-teaching employees were staying illegally in the quarters, others were said to have rented out the quarters allotted to them. In fact, some were occupied by milk vendors, drivers and daily-wage labourers.

To occupy a quarter on the university campus, an employee has to submit a request to the Estate Office. After verifying the documents and eligibility of the employee, the University Registrar accords permission.

The teaching staff quarters too had a similar problem. However, the administration could successfully evict outsiders from these quarters. Speaking to #KhabarLive, Prof S Ramachandram, Vice-Chancellor, OU, said the problem had been reduced to a larger extent.

“The university has taken up a drive to remove illegal occupants in the quarters and also almost all have been evicted. On a daily basis, the administration takes a report from the security. In some cases, the varsity has cut the house rental allowance too,” Ramachandram said. #KhabarLive